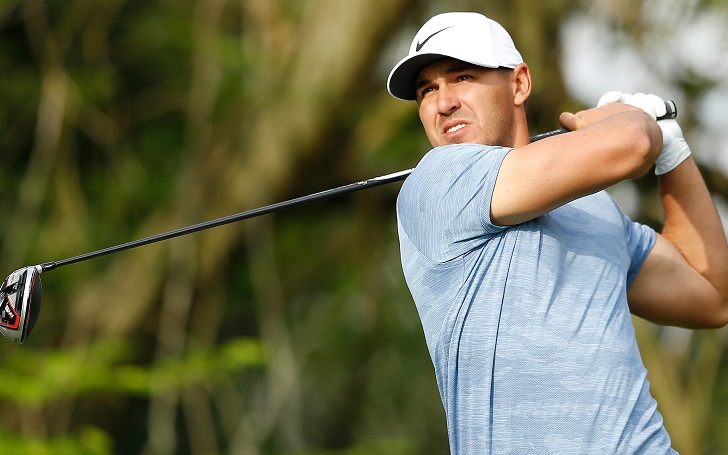 They say Brooks Koepka is too humble to create a rivalry with Rory McIlroy, who's also too nice for it apparently, like there once existed between Tiger Woods and Phil Mickelson. Despite being super competitive on the courses, they don't see each other that way.

That being said, when Koepka went around and willingly underwent a drastic weight loss transformation last year, there were critics firing harsh words at him. And he was not going to let them get away with it. He knew how to use words against them, albeit in a very cryptic manner.

The trend in golfers' weight over the years is something he noticed.
Photo Source: Getty Images

It was not that people didn't like the new Brooks Koepka, but the weight loss drastically decreased his performance level. Despite it all, he remained determined to prove the naysayers wrong. And that he did, by winning the 2019 US PGA Championship in May as he ranks number 1 in the world.

Brooks Koepka Lost 24 Pounds in Four Months, But It Weakened Him

By March 2019, it was a tough few months for Brooks Koepka during the 2019 PGA Tour events. He'd missed the cut at the Arnold Palmer Invitational that month, finished tied for 56th at The Players Championship, tied for 56th again at the WGC-Dell Match Play and finished second at The Honda Classic a month before. He'd never been out of the top 50 three times in a row since 2013.

Yeah, it was not looking good. And like any other golfer, he had his reasons, albeit a different one. In mid-March 2019, after finishing 14 strokes back from McIlroy at The Players Championship, he revealed to Golf Channel that he'd lost 24 pounds since November 2018 until then. He dropped to 190 lbs from over 210 lbs in that time, and it was seriously affecting his game.

Apart from the obvious, his distance was something he admitted he worsened at. He said he was about 10 to 12 yards shorter off the tee, dropping from ninth in strokes gained: off the tee to 46th in the category.

He knew the 24-pound-loss body was new to him. "When you go from 212 pounds to 190, there's not as much weight going forward through the ball," he said. "I don't have as much feel. I just feel out of sorts." He just needed a little getting used to the new shape.

"You'll See," His Reluctance in Saying Why He Lost Weight Amidst the Magazine Rumors

At the time he revealed he'd lost weight, he was not ready to reveal the secrets to why he decided to go forward to lose weight. After the final round of The Players, he said, "You'll see. After Wednesday, I'll be fine."

It clearly meant the weight loss ordeal was over. Because he'd also said at the time, "I'm definitely going to have a cheeseburger. I haven't had one in a while." Yeah, we can imagine it was intense.

There were some visible changes in him at the 2019 PGA Majors.
Photo Credit: Julio Cortez, Associated Press

Koepka, 29, also did give a sneak-peek into how he did it. "I just want to be able to eat again," he told Golf Channel. "I'm going to put it back on. I just want to eat normal and not train as hard. Everything has been double the intensity, double the time."

Suggested: The Best Ways to Lose Weight During the Lockdown

Apparently, he'd been running twice a day, running and eating healthier in those months.

Going into a Little Detail about His Intense Diet

During his Masters' press conference on April 9, 2019, Golfweek's Eamon Lynch asked him about the potential of a lingering health problem in him. He thus gave a little insight into his dietary changes throughout his weight loss journey.

Not revealing the real reasons of his weight loss was an issue people picked up real quick.
Photo Credit: Steven Flynn

Eamon Lynch: You mentioned taking time off, working out and having tests done at THE PLAYERS. Is there a lingering health issue right now?

Brooks Koepka: No. No lingering. It's all quick fixes. Should be back to everything in a couple weeks. Just had a bunch of blood work and trying to figure out what was going on. Kind of — I mean, the diet I was on was probably not the best. I was like 1,800 calories a day. I mean, you're not going to be in the best physical shape at that point. You look at somebody like Michael Phelps or somebody like that eating 6,000 or 7,000 calories by lunch time. But I wanted to do it and try to lose some weight, and maybe went about it a little too aggressively for just a long period of time and the intensity of what I was doing.

Koepka was regaining his strength in the weeks leading up to the Majors. But he'd not been in the gym for three weeks before the press conference. It was unconventional as golfers do go to the gym as part of their warm-up for the tour.

"This will be more of a relaxing week," he said of the week of the Majors.

Another reason of his weight loss that took traction was ESPN's 'The Body Issue 2019' photoshoot. He was rumored to be featured in the Golf section of the yearly magazine, where he had to be nude, and that he actually took the ordeal to risk his golf performance for this particular milestone, which would've been a little absurd thing to do.

Yeah, this is just the upper half of the photo.
Photo Source: Brooks Koepka, Instagram

As is known by now, he did make it to the issue when it released in the summer of 2019. And despite everything, his back is something he is most proud of his body.

"I'm Going to Make Me Happy," He Claps Back at Critics

Of course, with those rumors floating around alongside his bad run of form, there were critics rising from everywhere criticizing his weight loss move. Golf Channel analyst Brandel Chamblee was particularly revolting to the idea that he lost weight for "vanity reasons" (the Body Issue shoot, if that ever was the reason).

"For him to change his body, and his body chemistry, for vanity reasons, for a vanity shoot, is the most reckless self-sabotage that I have ever seen of an athlete in his prime," Chamblee stated in an appearance on Golf Channel's 'Live from the Masters' just before the Masters began on April 11, 2019. Koepka was 16/1 to win the championship.

Koepka did start the tournament off pretty good as he fired a flawless 66 in the opening round of the 83rd The Masters, which he called one of the best ball-striking rounds of his career, tying in the lead with Bryson DeChambeau.

Immediately afterward, he was asked to voice on the criticisms surrounding his weight. And he responded against the discontent in the critics, "I lift too many weights, and I'm too big to play golf. And then when I lose weight, I'm too small."

He also expressed how he's not doing it to please anyone else but him, which is actually not a bad thing. "I'm going to make me happy. I don't care what anyone else says."

Once he found out that he was tied to first place with DeChambeau when looking up at the electronic leaderboard in the Masters press building, he was even more confident enough. "I'm doing it for me, and obviously, it seems to work."

And it actually did as you know by now, he went on to win the 2019 PGA Championship for the second time in the row.