Find out whether the television host, Harris Faulkner, has undergone weight loss or not.

While Harris Faulkner had her May Sweeps Viewer Victory for the first time, she is not all that pleased with recent developments with the 2020 US Presidential race. Faulkner's 'Outnumbered Overtime' gained an average of 1.94 million in total from April 23 to May 20, beating ABC's afternoon edition of 'Good Morning America.' She did have a pretty good month this May, but the recent remarks from the presidential candidate, Joe Biden, have made her offended.

Faulkner was upset by Joe Biden's 'If you have a problem figuring out whether you're for Trump or me. then you ain't black' comments which she describes were 'just hurtful.' She called the statements by the former vice-president not only 'short-sighted' but 'a blind spot.'

Harris' had a successful career as a journalist. She has won six Emmy Awards for her contribution to television and was awarded Best Newscaster and Best News Special. In addition to excelling in her professional life, she's also made some achievements in her personal life. Faulkner has achieved a successful weight loss in her life, inspiring many people. Below, we discuss a little how she managed to pull off such a feat.

Harris Faulkner Was Always Conscious of Her Appearance

In the modern world, women have pressure to maintain a certain standard of appearance, and more so, the television broadcast businesses demand strict regulations on such criteria. But Harris Faulkner is not against the idea; instead, she has admitted that she needs to glow when she's in front of the camera.

Harris Faulkner gives attention to her looks before presenting herself before the camera.
Source: The Wrap

'In addition to the correct makeup, the colors for which we are discussing with my makeup artist,' Faulkner says, 'the right clothes and other details, I need to look great. First of all, I care about my skin. I use natural-based products, and I also try to visit the spa as often as possible.' Harris's job as a newscaster and television host makes her think that she needs to present herself well in her appearance and her responsibility to do well on camera.'

Also See: Rachel Hollis Reveals Her Secret to 30 Pounds Weight Loss - Find Out How She Managed to Do It

Harris Faulkner loves to ride on a horse and go for a ride. And her hobby comes with tremendous health benefits: the major one being that it is a great workout. And that is how Harris managed to lose weight and stay in shape. Many may not believe it or are surprised to learn this today, so we have elaborated below on how she made the full utilization of her hobby for weight loss.

Faulkner uses the non-traditional way of the workout by doing horseback riding. It has helped her strengthen her core. According to an expert, Alison Stout, horseback riding is a great way to exercise different body parts. It combines a challenging workout with calming relaxation, which is very useful for overall well-being.

'Horseback riding really works the core muscles that stabilize the trunk: the abdominal, back, and pelvic muscles, Harris says. 'It's not just about the strength of the core, but the coordination and stability of it as well. The more you ride, the more the body learns to move with the horse.'

Check Out: GreekGodX Shows Off His Amazing Weight Loss, Find Out He Did It

So by having a hobby that gives her relaxation and enough exercise at the same time, Faulkner managed to lose weight and stay in a good physique. 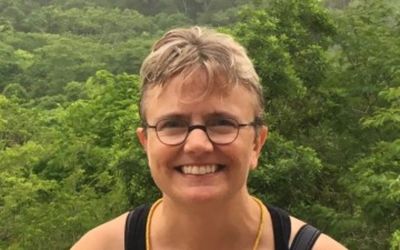 Who is Lara Ballard? Detail About her Family Life and Relationship