Okay, don't judge him. Brian 'Q' Quinn loves cats, and he is a 43-year-old single man. But there's so much to that statement than just sticking the stereotype into the signature 'Joker'. You could say he's the most level-headed one among the four.

No, Joe Gatto's actually the Joker who will do anything he's asked of. Well, almost anything. And never something to offend his own wife. On the other side is James Murray, of course. Unlike Q, he's always made to have awkward interactions with his crushes as part of punishments. The high school Spanish teacher, Danica McKellar, and Tristin Mays, to name a few. Regardless of what anyone says, he is set for life, romantically speaking.

Coming back to Q, there have been a few things disclosed about his personal life. Then again, the guys are always giving off details on 'Impractical Jokers' as often as we know. It's understandable how he's single at his age, or rather chooses to be single. Perhaps?

One of Brian Quinn's Exes Went to Prison & One Left Him for a Cop After Engagement!

Of all the crazy ex-girlfriend stories on the set of 'Impractical Jokers', Q's practically takes the cake. Although, it's not something anyone would want to accomplish. Either way, his best friends won't stop pestering him on the show over the second fact.

During a second-season punishment special (episode 21, titled 'The Alliance'), Q gets to be the decider of choosing two of the three loser jokers to jump off a waterfall with a series of questions. And he doesn't hesitate to raise the question of where one of his ex-girlfriends is now.

Only one of them, Sal Vulcano, another complicatedly single joker, got it right though. The other answers were awkward 'heaven' and 'dead'. The ex-girlfriend in question is in prison. At least, it was the case until back in 2013, when the episode was filmed.

Watch: And That Was Q's First Question

And the word is, that girlfriend is a certain someone related to an A-listed celebrity. The popular guess is that it's Elizabeth, half-sister of 'King of Queens' star Leah Remini, according to various deductions. Another of her sister, Stephanie Remini, actually died of cancer.

Related: Head on Over Here to See the Dating Perspective of Sal

As for a more popular ex-girlfriend, in his last known relationship, he was even engaged to the woman. According to Q, after she was already engaged to him, she left him for a police officer.

And the guys are always poking at the ex-fiancée leaving him behind with a lot of cats. He's probably not gotten over it either. Not an absolute reason to stay single, but devastating nonetheless.

It was not such bad press for our pal, Q. But it has never been confirmed outside the media hype. Emily Amick is a former makeup artist, whose first job in the entertainment industry was from 'Impractical Jokers' in 2012. She's left the show for more exposure and has already worked with her share of famous people, most recently Vanessa Williams.

Sal seems to have shipped them too.
Photo Source: Impractical Jokers

During her time on the show, many apparently saw the two together acting really cozy and such. But the presence of a relationship was never confirmed, and he had nothing to say about it. Although, fans did wonder what the two of them would be like together. Particularly, Barbara Suchecka, who wrote an entire series of beautiful stories, fantasizing about the two of them together. It's no wonder people thought Amick really was Q's wife.

Also See: 'Narnia' Actress Georgie Henley Is All Grown Up. Is She Dating Anyone?

As of right now, Amick is already legally married to her husband, Shaun O'Dwyer, since late 2019. The wedding is yet to happen, with COVID-19 and all. Popularly though, Simon Finney is also supposed to be a husband of hers, but the details make it highly unlikely that the makeup artist was the one married to Finney in 2016. Because her relationship with O'Dwyer is especially a long-term one.

Is He Done with Relationships Altogether?

Another thing worth mentioning is about the time Q responded to a question a fan abruptly asked him if he was married. He wrote on Twitter in 2016, "I will not marry until gay marriage is legal in New York City.  Hard stance on that."

But the thing is, same-sex marriage was legal in New York since 2011. That may have been just a joke, considering his job. That may also be a sign that he's done with relationships and such. But who knows, he must be craving for a partner too. We'll just have to see. 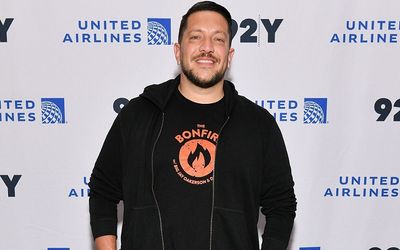 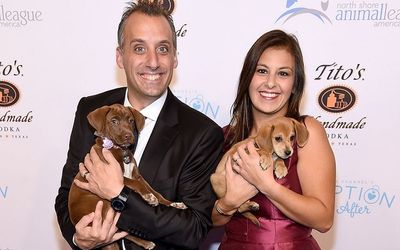