Home / lifestyle / Is Amanda Haughman Even Real? The Amanda That Shook the Nutrition World

Is Amanda Haughman Even Real? The Amanda That Shook the Nutrition World 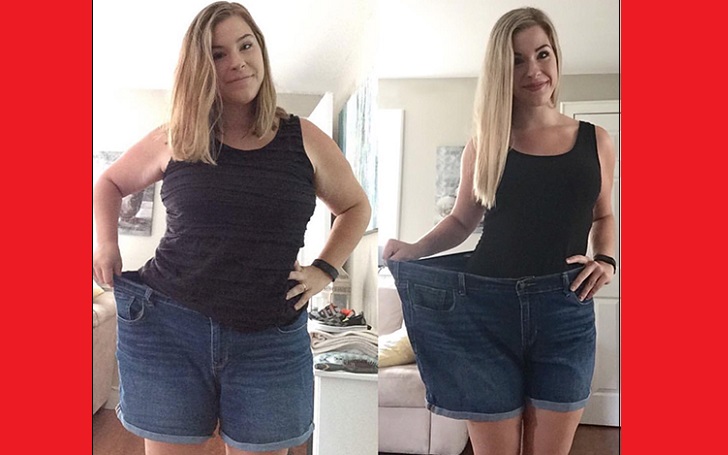 This article is to be read side by side with this one: 'The True Story of Amanda Haughman Weight Loss', deducing everything in the story except the part about Amanda Haughman, which is mentioned below.

We've already deduced every fact about the news that was once viral, and in some ways, it still is. When 'Student from Cornell University Cuts 37lbs On University Budget!' ran riot, everyone was going gaga for the Garcinia Cambogia + apple cider product to reduce their own weight. Of course, they had Amanda Haughman's word and photo-proof for it.

However, little do people know, they should've thoroughly researched about that before going on and buying the bogus product. Of course it is bogus. When some people found out any product mentioned by Amanda (there were actually several versions with different products) or someone else with the same story, others were trying to cancel their orders.

We concluded the news to be completely fake. But there were several things brought to light. The same photo (first one here) was being used by other weight loss products, sometimes with the same name. Meanwhile, the same piece was edited in order to fit other stories of people Bridie Ritchie, Jessica Wilson, Seana Forbes, Sarah Johnson, and so on.

The stories of all these people are fake, but not in its entirety. But first, who is Amanda Haughman. Truth: She "likely" doesn't exist, or she might be just a very secret scholar. Why? For one thing, the woman in the photo is not Amanda Haughman, but she is a real person with a real weight loss story, which has nothing, absolutely nothing to do with any of the products the ads showed.

The person in the photo is really Rachel Graham, who truly lost over 90 lbs (not just 37lbs as advertised) in a year in 2016. But her secret is actually credited to exercise and a healthy diet, "No gimmicks, No quick fixes," (she told Today) and certainly not any magic apple cider vinegar + Garcinia Cambogia supplement. For proof, see her Instagram account, linked in the photo source below.

And yes, Graham is a mother-of-one, and she's posted a bunch of before and after photos of her weight loss results in comparison to the past. So, it is likely the ad publishers snatched a photo without her consent.

But it's not just Rachel's story that's been snatched by weight loss brands to promote their product. And if the names mentioned in the ads are real, they always seem to choose the most inspiring of the stories, certainly like an emotional weapon to pull in customers.

Like Bridie's story of 100+ lbs loss to surprise her to-be-husband at their wedding (already mentioned in the other article). She actually underwent gastric bypass surgery, and Keto Fit claimed it was their product that did it.

Meanwhile, the guy Mark, who was supposedly Amanda's friend, was actually from another inspiring story of a guy also named, Mark losing weight naturally to fulfill his promise to his friend who passed away.

In another world, Electro Keto and Keto Prime Diet both took one before-after photo and shared the same story in the exact same format as the aforementioned ads and then named the woman in the photo Jessica Wilson and Sarah Johnson, respectively. Both were said to be Stanford Masters Student, and both were supposedly viral Instagram personalities.

Here's another story that might actually be true, except for the name and brand.
Photo Sources: Multiple Sources

Since the second picture actually had an Instagram snapshot (not embedded or linked), we thought to search for Sarah Johnson over on Instagram using the keyword @sarahjohnson, as shown in the second photo.

There was no one with the exact same username, but it was not surprising to find one account, SARAH ∾ nutritional scientist, who shares before-and-after photos of several people with some story to tell, without ever telling any of those stories. And in the bio, it reads, "I research the safest, most effective ways to burn fat quickly. ✧ Stanford masters student ❈ ft. Women’s Health, Shape."

The second picture was a snapshot from the Healthy News Center website, which the Instagram page we discovered links to, in the bio section. But the woman in the photo may not be Johnson, as the page posts stories of other people and, we found one photo which might be of the person in the photo above (uh... because they are alike). But it's just another post of an Instagram advertisement. These photos sometimes may come up as sponsored posts as well.

Meanwhile, the first snapshot was taken from another website, presumably copying the story by just changing the name. The 'Sarah Johnson Keto Scam' has also been discussed plenty of times on the web too. Just search it, there are tons of it.

In a completely different (okay, somewhat similar) world, Seana Forbes's photo was being used by Premiere Garcinia Cambogia as 'Cornell student Amanda Haughman' with the same story under actual discussion. But this photo was taken from a YouTube ad for a fitness app.

But... We're too late in finding the photo as YouTube has already terminated the account releasing that ad, meaning that to might've been another fake story. Wait, YouTube actually recognized the fake content? Wow, the world is really going somewhere.

In another version, Rachel Graham's earlier photo is described to be Amanda Haughman as a student of several other universities. All stories describe the same blond woman with the too-big jean shorts as a student at UCLA, Michigan State University, the University of South Wales, and the National University of Singapore.

So, yeah. Like QZ already uncovered, "Amanda Haughman is either a privacy-minded global scholar or—and this is just a theory—not a real person."

Oh, and one more thing, beware of such advertisements. Research and choose wisely over just what you read.

Stay tuned and connected to IdolPersona for more weight loss updates that are true and not fabricated. Of course, celebrities' word is the best way to prove the story's true.