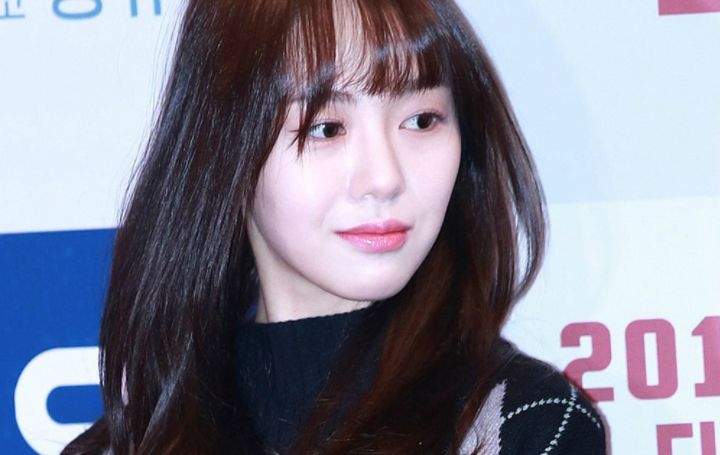 Learn All The Details Of The Relationship Status of Kwon Mina Here.

Born in Busan, South Korea, Kwon Mina is part of the Korean Wave, also known as Hallyu. Though she is a notable person worldwide, there is not much available regarding her bio.

Former AOA member Kwon Mina is a South Korean singer who is famous by the mononym Mina. She is one of the multi-talented artists who has surprised her fans with her voice.

28-year-old Mina is a millionaire as of 2022. As she is a former member of Ace of Angels(AOA), Kwon mainly collected her massive net worth of $1.5 million through her profession as an icon and an artist.

Does Kwon Mina Have A Boyfriend?

Millions of fans worldwide are eager to know whether Kwon Mina is in a relationship or not. As one browses her on Instagram, it can be seen that she is currently seeing someone.

Kwon Mina shared photos of her boyfriend on Instagram.
Photo Source: Regard News

According to Soompi, fans couldn't control their excitement after Mina posted a photo with her current boyfriend on June 26, 2021. They congratulated the actress for being in the relationship again and also wished her long-term happiness.

With the reveal of Kwon's boyfriend, many of us are curious to know about the guy, such as his personal and professional information. Unfortunately, there is no information available to date.

Due to many controversies, Kwon Mina has never missed the chance to lose the media's headlines. She is on the main topic almost every month basically because of the former leader of AOA Shin Jimin's allegations and her relationship issues.

Kwon Mina faced accusations of being in a relationship with Yoo Jun-Young.
Photo Source: Pinterest

On June 25, 2021, Mina posted a photo with a man with a purple heart in the caption. Many fans congratulated her for being in the relationship and wished her a better future. However, days later, one of the comments said Mina had the relationship knowing that he already had a girlfriend, which became a hot topic the following week.

After facing the allegations, Mina apologized for the trouble and also acknowledged the charges as being false. If there is solid proof regarding the matter, it will not take a second before the actress announces her breakup.

Before this, Kwon faced cheating in her past relationship too. When she used to date Yoo Jun-Young, Yoo cheated on her and his ex-girlfriend by lying to each other as he was dating both of them simultaneously. According to All Kpop, on July 5, 2021, Yoo apologized for cheating on both girls and claimed that Mina didn't threaten his ex-girlfriend's father.