Home / lifestyle / Who is Lauren Giraldo's Boyfriend? Complete Details of Her Relationship Status and Dating History!

Who is Lauren Giraldo's Boyfriend? Complete Details of Her Relationship Status and Dating History! 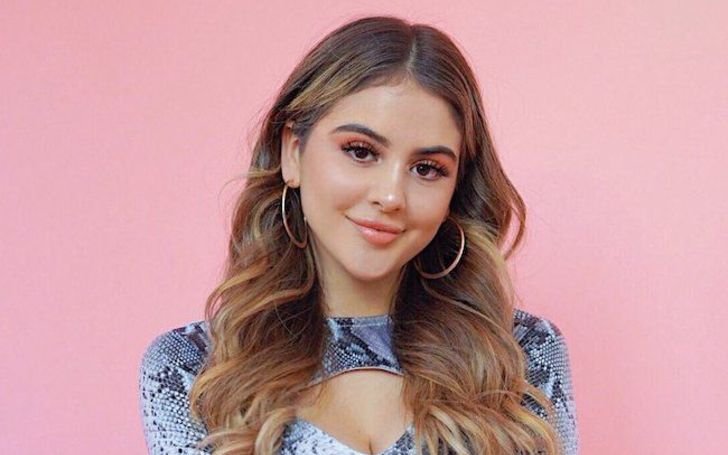 Here are all the details you need to know about the boyfriend and relationship status of the famous American Internet celebrity and actress Lauren Giraldo.

Lauren Giraldo is a famous American actress and social media star with over 824k followers on Instagram. Her rise to fame began in 2013 when she started posting Vines on her social media accounts. Her charming personality, engaging content, and exciting posts quickly helped her gain thousands of followers and fans. Her Vines drew lots of young people, with her earning more than 2.5 million subscribers within a year of her debut on the video-sharing platform.

Born and raised in Miami, Florida, Lauren Giraldo moved to Los Angeles to try her luck in Hollywood at the age of 17. After she started growing as a famous social media celebrity, she also collaborated with other Viners for promotion and building networks for various projects.

The most notable collaboration was with another Viner Alexa Losey. They came out with a video titled 'Never Have I Ever,' which skyrocketed her fan base and dramatically increased her followers. Since then, she is one of the influential social media celebrities, and also recently, she is emerging as an advocate for feminism and women's rights.

Besides her active presence in the social media world, most of the fans must be curious to know more about Lauren Giraldo; they might be wanting to know about her dating life too. Here, in this article, we present to you the complete information related to the relationship status and boyfriend of the 22-year-old star.

Who is Lauren Giraldo's Boyfriend?

Lauren Giraldo is currently dating a guy named Henrique Borges. Very little information is available regarding her current boyfriend, Henrique. Lauren is often seen posting the pictures of her with the guy on her Instagram page, but other than that, we not know nothing about the guy.

From the frequent appearances of her boyfriend, Henrique Borges, on her social media posts, it seems that the two are truly very fond of each other. The duo appears to love spending time with each other, and they are usually seen going to places together, during vacations and festivals.

Here is a recent picture of the couple's holiday destination in the Turks and Caicos Islands, in which they are seen sailing on a boat.

Lauren Giraldo and Henrique Borges are seen vacationing together in the Turks and Caicos Islands.
Source: Lauren Giraldo Instagram

Both are happy with each other's company for now, and we hope they remain the same for an extended period of time.

The Beginnings of Lauren Giraldo

Lauren Giraldo is of Colombian descent, and she was born on January 11, 1998, in Miami, Florida.

Lauren studied musical theater as a child in Miami and moved to Los Angeles to pursue an entertainment career. She succeeded in her dreams and is now an exceptionally prominent personality in the social media world.

Check out: Charlotte Flair Was Divorced Twice - Who is Her Current Husband?

To learn more about the relationships of your favorite people, visit Idol Persona.