Home / lifestyle / Is Nabela Noor Married? Who is her Husband? All Details Here

Is Nabela Noor Married? Who is her Husband? All Details Here 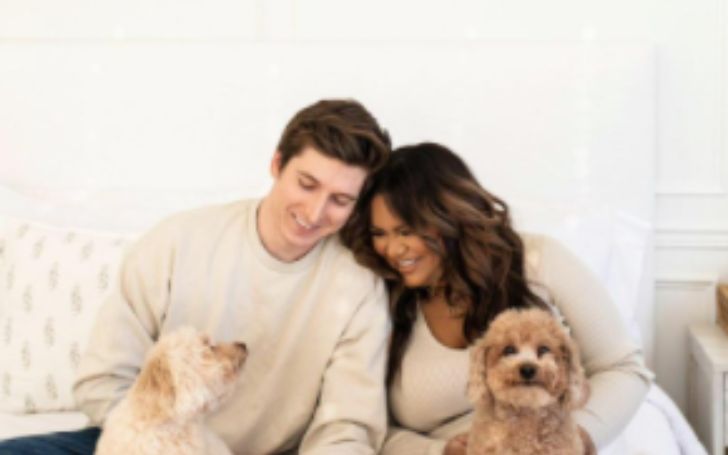 Grab All The Details On Nabela Noor's Personal Life!!

Nabela Noor is a YouTuber, businesswoman, and activist from the United States. Her lifestyle videos, fashion vlogs, and do-it-yourself videos have made her famous.

Noor is currently regarded as one of the most well-known plus-size models. Her net worth is a staggering $4.5 million. In 2013, she began her career as a Youtuber; then, in June 2019, she debuted her fashion line.

Yes, Nabela Noor is married. In August 2015, she married her husband, Seth Martin. "Nabela & Seth: Bengali + American Fusion Wedding," a year later, was the title of her marriage video on YouTube.

Nabela Noor is a YouTuber, businesswoman, and activist from the United States.
Photo Source: Biogossip

Noor and her spouse celebrated their sixth wedding anniversary on August 23, 2021, by posting some of her favorite images with her husband on Instagram, along with a text detailing their emotional journey through their love and lives.

Click Here To See: Who is Veronica Gutierrez? Who is her Husband?

Nabela chronicled her family's acceptance of her, her marriage, and their financial troubles as newlyweds. She also wrote about how they started their business and corporation, how they bought their first house, how they went through nearly six years of infertility, how they lost their "miracle" baby, and how she grew closer to her husband than she had ever been.

Nabela Noor said in an Instagram video that she had a sad miscarriage immediately after finding out she was pregnant in June 2021. In September 2021, she told People that she had a miraculous pregnancy just over two and a half weeks after their terrible miscarriage.

Nabela Noor said in an Instagram video that she had a sad miscarriage immediately after finding out she was pregnant in June 2021.
Photo Source: Instagram

Noor stated that their "rainbow" kid caught them entirely off guard. In September 2021, Noor and her partner announced that they were expecting their first child.

Nabela revealed the gender of her child as a baby girl in an Instagram post dated September 22, 2021. Noor is pregnant with her second child as of March 2022.

As per Legit, on August 4, 1991, Nabela Noor was born in New York, to Bangladeshi parents. When her mother was pregnant, her parents relocated to New York. Later in life, she moved to Maryland and then Pennsylvania.