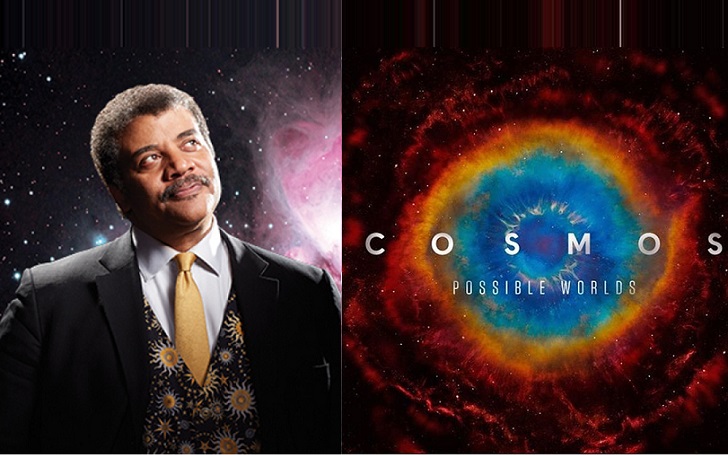 Call it Season 3 of 'Cosmos'. After following in the footsteps of role model Carl Sagan, Astrophysicist Neil DeGrasse Tyson continues to explain the different scenarios of Earth, that is our home, in a distant future. If you don't want spoilers, it's really not. You already know what needs to be done; the show just needs to tell you how.

Tyson ended 'Cosmos: A Spacetime Odyssey' with the possible futures of the world, that might look like one of those five mass extinction if something is not done to prevent any of them. And despite telling National Geographic that more TV was not his thing, he's back to tell us exactly how another mass extinction could be avoided, even if it's acting now while the future is millions of years later. And why not? It did become the biggest science show back in 2014.

Watch: 'Cosmos: Possible Worlds' Was Supposed to Premier on Fox on Spring 2019

The things that needed to be done were already shown in "Season 2", but there's hope to calm you down as the show delves deeper into those things. It could've taken a horrifying approach, showing you the dangers of the current trends in climate change, global warming or CO2 explosion (honestly, it's all been covered before). But this season is offering positive outlooks as to how human beings can work together for a better world.

It's not just Tyon who's been influenced by the works of Sagan. His wife, Ann Druyan, continued his work after his death and is the executive producer of the series since the two co-created the original Cosmos series 40 years ago and even curated the Golden Records on NASA's twin Voyager space probes together.

The couple was the pioneer of the show and the Voyager probes.
Photo Credit: Bettina Cirone

Then there's also the model of how the 2039 World's Fair might look like. "We created a 2039 World's Fair with a colossus statue in the harbor larger than the Statue of Liberty," Druyan said. "The colossus is constructed from carbon dioxide that's been taken out of the atmosphere and combined with calcium carbonate. It's shaped to look like massive Tree of Life with the image of every single species engraved in its soaring branches."

The first two episodes of the show premiered on National Geographic on March 9, 2020, 8 pm Eastern Time, and it will continue to premiere two episodes at once every week. So yeah, expect more of the Cosmic Calendar, weirdly surprising you that humans evolved at 9:45 pm on New Year's Eve of the Cosmic Year and everything recorded in the history books happened in the last seconds.

Neil DeGrasse Tyson at the end of the Cosmic Calendar.
Source: Cosmos, FOX

Then, the 'Ship of the Imagination' takes on a different new form, just as indestructible as it was before, taking you light-years away (in distance, not in time!), and into the most microscopic of worlds, which might as well look like the world we live in for those microscopic beings.

However, this season, the title is self-suggestive that we should expect the many ways there are to save the civilization from what people have remained ignorant for the past few decades and the last couple of centuries. Fox will reprise the season later this summer.

Stay tuned and connected to IdolPersona for more Entertainment content from your favorite series.