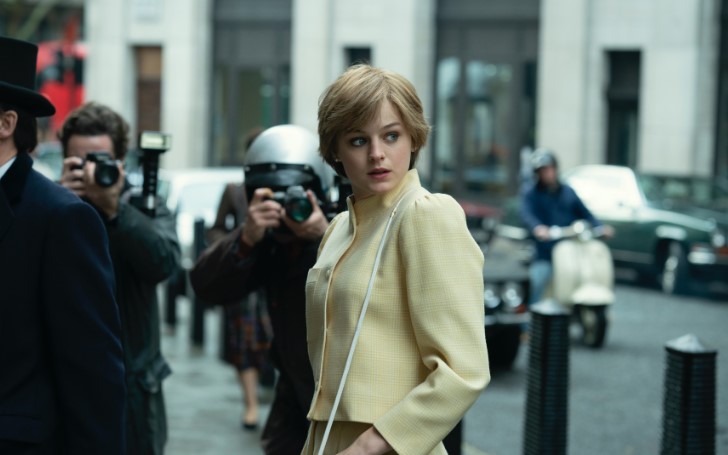 Emma Corrin joined the cast of 'The Crown' for Season 4 as 'Princess Diana.'

The streaming giant, Netflix, recently released four images of 'The Crown' for season 4 for, and a few changes are coming up. Princess Diana has a new face!

The teaser released by Netflix on Tuesday revealed the new cast, Emma Corrin, will appear as Princess Diana. The show is all set to premiere on November 15.

Also Read: 'This Is Us' Season 5 Is Coming Sooner Than Expected

According to the reports, the new season will focus heavily on the relationship between the late princess and Prince Charles.

The teaser images showed Corrin as Diana alongside Prince Charles as they are photographed walking down the street.

"Queen Elizabeth and her family find themselves preoccupied with safeguarding the line of succession by securing an appropriate bride for Prince Charles, who is still unmarried at 30."

Emma was announced as the new joining cast of the series in April this year. The actress, during the time, said, " it is surreal. The most exceptional opportunity, and I will strive to do her justice!"

You May Also Like: Netflix's "Kipo and the Age of Wonderbeasts" to Conclude After Season 3