The year 2020 was horrible for many reasons for humanity, but for Nick Cannon, it was a lot more, as he got fired for making racist comments. Grab all the details here.

Nicholas Scott Cannon aka Nick Cannon is quite a prominent figure in the entertainment industry as a comedian, rapper, and a television host. Furthermore, his introduction would feel inadequate without mentioning the fact that he hosted some top shows like 'America's Got Talent', 'The Nick Cannon Show', and 'Lip Sync Battle Shorties.' The 39-year-old even made a reputation as a rapper with his self-titled album, Gigolo' in 2003 alongside R. Kelly.

For someone like Nick Cannon, who remains famous over the world, not just as a comedian and a television personality, but also as an influencer, it was vital for him to pay attention to every little detail he spoke. However, he failed to do so as the artist was caught passing racist comments on his podcast, which led to harsh consequences on his goodwill. So, today we take you close to the complete details revolving this issue.

There have been many racist issues in 2020, including the George Floyd case which eventually started a revolution. As the listeners of Nick Cannon's podcast heard the comedian pass racist comments, there was no way that the empowered audience was going to stay put. In fact, he labeled black people as the 'true Hebrews.'

You May Like: Pauley Perrette's Statement Leaves Her Fans Concerned.

The former host of 'Incredible Crew' even implied that Jewish people were going to become like the Black people, aka the 'true Hebrews.' In his podcast, he alongside Professor Griff discussed several racial biases. Since it was a sensitive issue, he needed to pose extra care on his words, but that didn't help him to save his face.

Cannon even pointed out that the ones with dark skin have a 'deficiency' which helped them to act out of fear and commit acts of violence. Furthermore, he even labeled them as savages and referred Jews, whites, and Europeans. The podcast was filmed last year but was only released two weeks ago.

The racist comments were unacceptable for someone with a reputation as Nick Cannon. The issue resulted in widespread consequences, not particularly in his favor as ViacomCBS made the decision to fire him of the network. As per their official statement, the firm 'spoke with Nick Cannon' about his podcast 'Cannon's Class' on YouTube.

ViacomCBS made the defense that Cannon's content spread hateful speech and spread anti-Semitic conspiracy theories. In response to all of the fuss that his podcast started, he said that he doesn't condone hate speech nor the spread of hateful rhetoric.

If that wasn't enough to conclude the issue, Nick Cannon sued Viacom for a colossal sum of $1.5 billion. The lawsuit was filed over the rights for the popular improv comedy series 'Wild 'n Out.' Things looked quite just as he brought billions in revenue to the network since 2015. 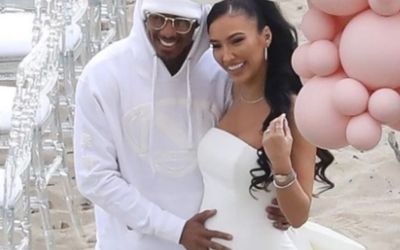 Nick Cannon is having 8th Child. Who is his Girlfriend? All Details Here