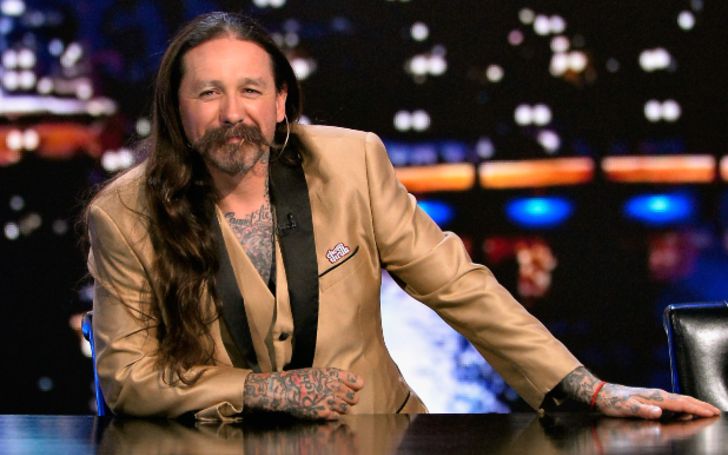 Here are all the details about Oliver Peck's Blackface controversy and how it ended his Ink Master career!

When it comes to getting a tattoo, picking the right artist is the key. There are quite a few excellent tattoo artists out there. And then there are the ink gods like Oliver Peck. If your knowledge of the tattoo lord Oliver Peck is limited to his TV appearances and the Guinness World Record he received when he completed 415 tattoos in just 24 hours, then you know nothing.

There is a reason why Oliver is called the tattoo lord. The master of traditional artwork started tattooing at the age of 19 and is continuing at the age of 48. That's over 29 years of dedication the artist poured into his career. How did this title come to be? Let's discuss.

Born July 29, 1971, Peck had his fair share of troubled history before turning towards tattooing. The artist's unconventional past led him to incarceration for drug peddling and landed Oliver in jail. Upon release, however, Peck borrowed money from his drug addict friends for tattoo equipment and ended up inking his art on them in return.

I started out in my last years of high school and I just wanted tattoos so I figured out how to hand-poke tattoos and then made a ghetto hairdryer-rotary machine. I got a bunch of my drug addict friends to give me money so I could buy some tattoo equipment, and to repay them I tattooed them all. I tattooed hundreds of people and I had never seen a tattoo magazine or been to a shop—I didn't know that it was a career possibility.

Thus began the journey of the master of traditional American emblems.

In an interview with Deep Ellum Texas website, Peck recollected,

At the time, Deep Ellum was like an artist community. I was drawn to it because it was different than any other place in the Dallas / Fort Worth area. I lived above Adair's, and did commissioned murals and paintings.

Peck, who boasts an impressive net worth, first started out working at a local shop in Elm and Pearl Street. But when the business that he was employed by closed down, Oliver set out to start his venture of a similar kind. Consequently, the world-renowned tattoo parlor was birthed.

Right off the bat, Peck began searching for ways to attract customers to the shop and came up with the Friday the 13th events. Pack revealed in the same Deep Ellum Texas website interview,

Every Friday the 13th, since the tattoo shop first opened, it has held a Friday the 13th event, where customers can receive low-priced tattoos until 12:00 midnight.

The culture still endures, and every Friday, the 13th customers can get tattoos at low prices with the number 13 compulsorily featured, which is believed to bring good luck in the tattoo nation.

Keeping up with the modern trend, an idea for the annual event was put forth in collaboration with Jim Heath, lead singer of The Reverend Horton Heat. The tattoo god of classic American style reminiscing his conversation with Jim Heath opened up,

Jim and I were talking one day about how Deep Ellum needed an annual event — a festival. We both love art and music, so we put this thing together that brings bands and artists from all over the world.

Every year thousands of individuals make their way to the once-a-year festival.

Jump to The Silver Screen

Oliver's first appearance in the Hollywood industry came from Miami Ink when he was visiting his now ex-wife Kat Von D.

Watch: In Focus: Get to Know Oliver Peck | Ink Master

Oliver and Kat, full name Katherine von Drachenberg, were married to each other for four years before the duo decided to call quits to their holy alliance.

Emerging subsequently in 'Ink Master' as a judge after 'The Royal Town Crier' series, Oliver became the tattoo face of Hollywood. With over 116 episodes of the Ink Master released, the reality competition TV series is a temple for budding tattoo artists. Yet Peck's association with the series came to an abrupt end, the result of the Blackface controversy.

The famous Blackface controversy damaged the careers of many Hollywood celebrities. Oliver Peck, too, fell victim to the disputation when old photos of the Ink Master judge surfaced, ending his affiliation with the show.

Oliver's pictures were dug up from his long-forgotten MySpace account and caused quite a bit of turmoil for the artist. It wasn't long after the incident, news of Peck losing his seven years deep acquaintanceship with the show came to light. Nevertheless, he commented to TMZ that parting ways was a mutual decision and did it in the best interest of the show.

After filming 13 great seasons of Ink Master, the producers and I have decided it's best to part ways. The offensive photos of me which recently surfaced from many years ago can only be a distraction to the amazing show I have loved being a part of and its many talented artists. I want to thank the show's cast, crew, contestants and awesome fans. It's been a blast and an honor and I wish my friends and colleagues the very best in whatever the future holds.

Oliver Peck's love for inking artworks on human skin can be identified with the designs he's got on his own body. From the neck down, the lord of tattoo's body is a canvas covered in colorful ink. His departure sure is a significant loss not only to the Ink Master show but the industry as a whole.

For more celebrity controversies, head on over to Idol Persona.