Home / lifestyle / Who is Sommer Ray Boyfriend in 2021? Her Dating History Here

Who is Sommer Ray Boyfriend in 2021? Her Dating History Here 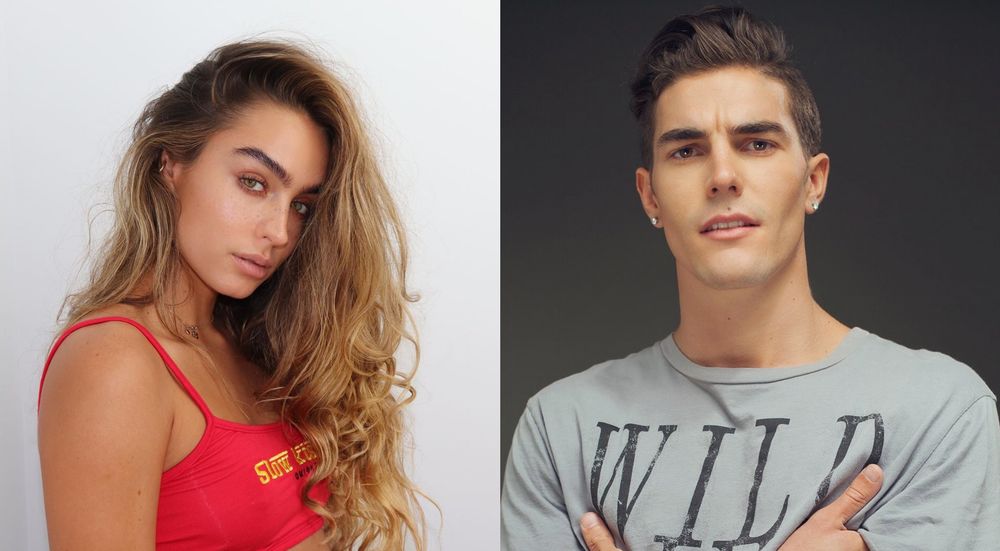 Everything You Need To Know About Sommer Ray's Dating History and Relationships.

Sommer Ray, a bikini athlete model and a social media star from the United States of America, has a massive internet fanbase and has won multiple bodybuilding and fitness competitions. Sommer's parents also have a history in bodybuilding.

Sommer holds a hefty net worth of $8 million. She is active on social media platforms, and she often shares her bodybuilding and fitness-related information. Further, she has her own YouTube channel where she provides her workout tips.

Her Instagram page is filled with jaw-dropping pictures that have captivated millions of fans around the world. With lots of fame and limelight, Ray has also been in a fair amount of controversies.

There was a rumor that Sommer Ray might be in a romantic relationship with Cole Bennett in 2021. However, according to Bio Overview, she is dating Bennett as of 2022.

Cole Bennett, who? Well, he is a famous rap video producer. To be precise, he is the founder of the multi-media company Lyrical Lemonade.

According to Dexerto, people began to spread rumors of Ray and Bennett being a thing after the latter shared pictures of them in his Instagram story. He uploaded photos where one can see the duo getting cozy together in a photo booth. Moreover, they were even kissing in one of the photos.

Indeed, Bennett and Ray were locking lips; no wonder his Instagram story raised some eyebrows. Further, Ray also posted an Instagram story that featured Bennett, and following that, their relationship rumor spread like wildfire.

Why Sommer Ray and Machine Gun Kelly Broke Up?

When Kelly retweeted a photo of the couple kissing, he confirmed the relationship to the public. The duo was also seen together at a concert.

Talking about their encounter, Ray and MGK first met when they both appeared on the television show Wild N Out in 2017. After that, they gradually worked on their relationship.

Why Did Sommer Ray & MGK Break Up?

Although things between Ray and MGK looked good, they couldn't sustain their relationship. Eventually, they broke up; why?

According to Ray's point of view, MGK cheated on her for Megan Fox. She revealed the details in an interview. Further, she also explained how hurt she was when MGK went to Twitter and made it seem like she broke up with him. In addition, she also said that she received death threats after people read MGK's tweet.

Tayler Holder released a video with Sommer Ray in May 2020, sparking reports that the two were dating. He also posted '5.19.20' in a TikTok video as a caption, which many people assumed was the day things kicked off between them.

Taylor Holder and Sommer Ray while in a relationship.
Photo Source: Cosmopolitan

Between June 27 and 29, Ray shared multiple videos with Taylor, indicating they were a thing.

However, their relationship also could not last long and ended quickly, as the two unfollowed one another on Instagram. Sommer then stated on Twitter:

"Your apology needs to be as loud as your disrespect was."

Right after Ray ended things with Holder, she was seen frequently with music artist and YouTuber Faze Jarvis. Although they were close, it seems nothing romantic was going on between them.

Bennett Sipes and Sommer Ray dated back in 2018, but the relationship ended on terrible terms. The couple appeared to be serious and stated that they lived together for pretty much the entire two years.

There was love in the air, and Bennett also talked about it on the series Love Island. Furthermore, they were also caught in public by The Hollywood Fix's reporter. The duo seemed happy then; unfortunately, the relationship ended on bad terms for both sides.

In 2017, Sommer was tied to social media sensation RiceGum. There are several videos on social media where you can see both of them having fun and the bond displayed suggests that they may be dating.

Also Recommended: What is Madelaine Petsch's Relationship Status in 2021?

However, fans were outraged when they learned that the story was false, and there was no substantial evidence that proved that they dated.

Stay tuned to know more about your fav celebs in Idol Persona.

All The Details About Megan Fox' Son Noah Shannon Green