Home / lifestyle / Who was Selena Quintanilla's Husband? Learn the Details of Her Married Life Here 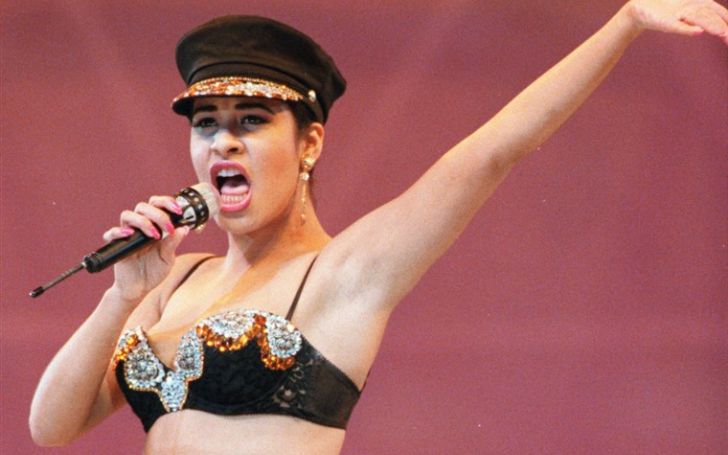 Many celebrities are famous till they are alive; however, many never fade away. Even after their demise, they stay alive in the heart of many.

Selena Quintanilla was one of those celebrities who doesn't exist in this world anymore but has a good name, mainly in America. Selena Quintanilla-Pérez was one of the American singers whose contributions to music and fashion made her the most celebrated Mexican- American entertainer of the late 20th century.

Selena Quintanilla's-Pérez and Christopher Gilbert Pérez tied their knot on 2 April 1992. Within an hour, the media openly announced their wedding. Facing different kinds of difficulties, Selena and Chris thought of the only possibility of being together was escaping and getting married. Chris wrote, "What a rollercoaster ride that day was" back in 2017.

Selena and her beau Chris, 51, were in their early twenties when they tied the knot. Chris's first expression towards Selena was ''Beautiful and Talented" when he joined the band Selena y Los Dinos as their lead guitarist in 1989. Chris told, "I'm a shy person by nature, and there was just something about her that she was able to pull me out."

Let's know: Who is Anja Marquardt? Know About her All Details

As soon as Chris was first introduced to Selena, he fell in love with her. It was love at first sight for Chris. Likewise, it was the same for Selena. After knowing one another for some time, finally, they confessed their feeling to one another at Pizza Hut. Then, they secretly start dating in 1990 because Selena's father wants her to focus only on her career and family. The couples were worried that her father, Abraham will make a stop to their relationship.

Chris told, "We were married and together 24 hours a day, seven days a week. We had to learn how to handle that and that was both of us," to CNN, in 2012. Further, he confessed that they were about to contemplate divorce at one point, but they shouted the things up and thought of starting a family.

Unfortunately, the duo was separated after Selena was fatally shot at 23 years old, 16 days before her 24th birthday. The late star was murdered by the president of her club, Yolanda Saldivar, on March 31, 1995.

Who was Selena Quintanilla? Know Her More

Selena was a female singer in a male-driven industry.
Photo Source: Good Housekeeping

At the age of 6, Abraham recognized Selena's singing talent and thought to form Selena y Los Dinos, a band along with her and his other child. Moreover, everyone used to sing a song in the family restaurants, at weddings, and at parties. Selena, in 1994 with Orale Promo, said being a female singer in a male-driven industry was difficult for her.

Of course, Chris Perez was devasted by the untimely death of his late wife, Selena Quintanilla. He truly loved his sweetheart; however, she was taken away from him.

After Chirs' wife passed away, he stayed unmarried for some years, but he moved on with time. He then tied the knot with his second wife, Vanessa Villanueva. They tied the knot in 2001; however, their marriage only survived for seven years. The duo parted ways in 2008.

Wanna know more about your fav then stay tuned with IDOL PERSONA.

Who was Selena Quintanilla? Detail About Her Family Here