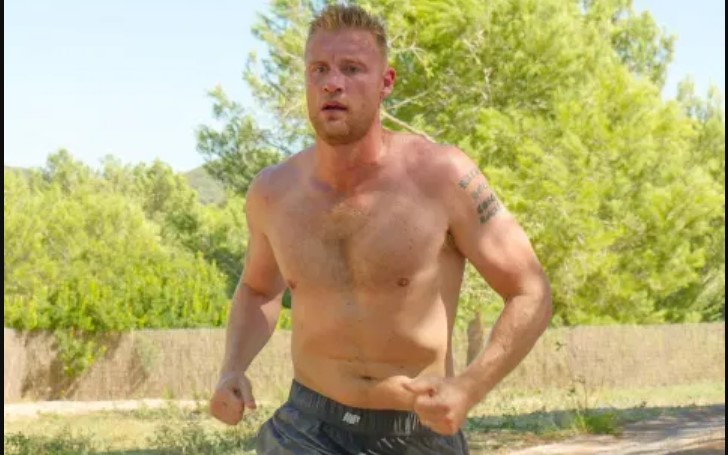 Andrew "Freddie" Flintoff (born Andrew Fredrick Flintoff) is a former English cricketer and now a TV presenter. We loved him on the cricket ground, and we certainly love him as a presenter.

'Top Gear' is the show we love to see him in, and obviously, he is doing pretty great on other shows as well. While we have always admired the former cricketer on the field, Freddie Flintoff admitted he was battling with some eating disorders.

Following which the star also revealed he gained a lot of weight during his cricket career, but now it has changed. Let's find out how he achieved his weight loss.

Back in 2012, Andrew "Freddie" Flintoff shocked the world with his massive weight loss transformation. As Daily Mail reported, Andrew won his first boxing bout with Richard Dawson. But more than his win, people are excited and shocked to see the former cricketer's changed look.

Just look at the difference!
Photo Source: The Sun

The TV presenter looked increasingly slim. During which, the star also revealed his battle with bulimia in the early stage of his career.

The revealed, "I used to be a really skinny kid, I used to be tall and skinny, and I didn't drink, I didn't do much. Then I started putting weight on. My lifestyle was great, granted when I started living on my own. I got to about 19 and a half to 20 stone."

The star further added, "It was all a bit deeper than that because to lose the weight, I wasn't really sure how to go about it. I started being sick; I was sick a lot. I would eat, and I would be sick. I would be doing it myself. I would put my fingers down my throat, and everyone within the team hierarchy thought it was great because I was losing weight."

Flintoff continued, "I've thrown up in cricket grounds around the world, in restaurants, all sorts, and I lost about 15kg by doing that. It's not the right way to go, which I am very aware of. You start off doing it if you have a bad meal, you eat something you don't think you should have eaten or you have drunk too much. Then before you know it, even good meals you are getting rid of. It becomes a real habit. The only way really to lose weight is to train more and eat less, eat the right things."

How is Freddie Keeping Up With His Health Now?

Back in 2017, Flintoff celebrated his 40th birthday in Ibiza. While many of us would grab a beer and other junks to celebrate, he was in a whole different zone.

The former cricketer hero was seen working out in fitness boot camp in Ibiza. According to The Sun, the star gave up drinking alcohol in 2014, showed off his impressive physique while doing circuit training and workout sessions at leading weight loss retreat No. One Boot Camp.

Moreover, the star player also continued eating clean and healthy. So, as you can see for yourself, Flintoff pretty much kept to live a healthy life and stuck to his clean eating habit. We can expect something similar as of now as well.

You May Also Like: Jason Manford's Years-Long Struggle for Weight Loss, Are There Any Improvements? Let's Find Out

For more information about your favorite celebrities' lifestyle, stay tuned to Idol Persona, and don't forget to sign up for the newsletter.