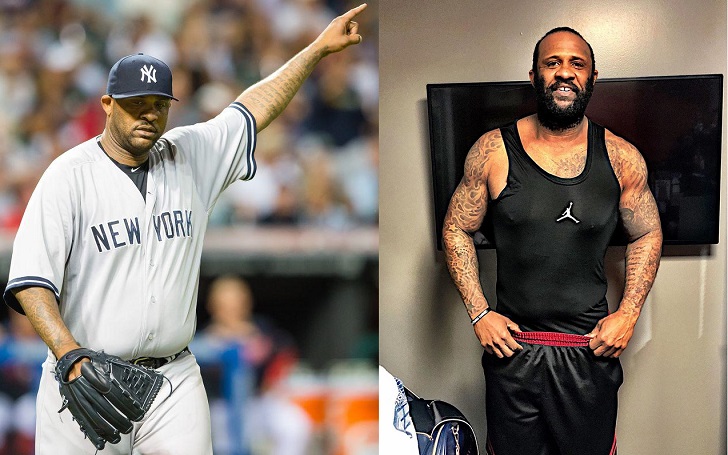 If self-quarantine and the worldwide lockdown has got you sitting tucked in on your sofa and watching Netflix all day or making Zoom calls 24/7, you might want to rethink your status. Of course, no moving around will add weight on you if you don't do anything about it. But if there's a proof you can get back to a fitter self, CC Sabathia just provided it, and no one is able to believe it.

When Sabathia was in the New York Yankees, and if you remember how he looked, this particular new look does not match up to those days. While many remain shocked and impressed by his weight loss, one person, in particular, is not too intrigued by him.

When the picture of CC Sabathia depicting surprising weight loss aired on social media, photoshop claims were through the roof. But Mike Francesa doesn't find it amazing because it wouldn't make a difference in the baseball world due to the fact that he's already retired. And he's even criticizing the pitcher as well.

2019 was not the best year for Sabathia in terms of the game as he was still recovering from a heart surgery when the 2019 MLB season started. After multiple injuries during game time, he was forced to not play anymore and announced his retirement in October 2019.

Now, you'd think he'd be resting from the injuries during the first months of his retirement. But just over half a year later, he showed that he was not just resting all this time. After the injuries slowly healed (as well as during the healing process), he'd been hitting the gym regularly. And even during the quarantine period, he's been training a lot.

Pro athlete coach Dave Paladino showcased the result of all the hard work and training Sabathai had been putting up with. Internet was astounded when Paladino, who's been working with him, uploaded a photo of all the muscles he'd gained the fat he'd lost.

That prompted a Twitter user to gasp and exclaim the photo may, as well, be photoshopped. But Sabathia's pal and podcast host, Ryan Ruocco, came to his rescue to try and assure fans that the weight loss and muscle build-up was, in fact, real.

Sabathia was as high as 300 pounds in his career. But it's not like he's never tried to lose weight during his playing career. Just shortly after hitting the thirties in 2010, he'd lost 30 pounds. He also began working on weight loss in 2014 and made a very serious diet change in 2018 after he was mocked for his weight by MLB Hall of Famer Jim Rice in 2017.

Sabathia's change in diet and gym exercise became fruitful in changing his body shape. He's been lifting weights in the gym regularly with his wife, Amber Sabathia supporting him while their bulldog, Cherry, also joined in with them in the treadmill.

While CC Sabathia's success may have amazed a whole bunch of people online, there was one person who felt unhinged, or rather, infuriated, with how people are treating him online. Mike Francesa was ranting on about how he couldn't have pitched better even with his current shape if he was playing.

"Everyone getting crazy about Sabathia losing weight, alright Sabathia lost weight — it doesn't mean he could pitch better," the WFAN blowhard spoke on his daily show. "Do you think because he lost weight at this age it now breathes life into a left arm that was done? Does it make him a pitching prospect? No, it doesn't."

Francesa also went on to give examples of people who fail to pitch better after losing weight and would do better if they were a little overweight.

Guess it can take some people to digest some news better. It doesn't matter if he would be able to pitch better now. But after retiring, you won't see many athletes trying to live the rest of their life working for a comfortable body.