Home / health / Timothy Spall Weight Loss — Why and How Did He Lose Some?

Timothy Spall Weight Loss — Why and How Did He Lose Some? 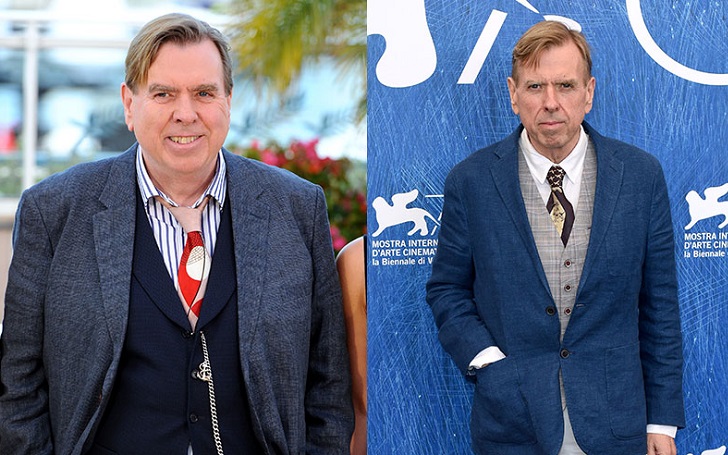 Timothy Spall was the creepiest guy in the 'Harry Potter' franchise while he had a role in the movie. He'd mostly been a side character in many projects in the acting industry, and he was sick of it despite making a total of Net Worth of $5 million. He felt that maybe it was because of his weight which limited him to do with certain characters.

However, that weight loss journey would've been a risk, had it not been for his sheer amount of talent. He was afraid that he might not get certain roles because he's now thinned out. But he had a bigger target in sight. He wanted to be a center of things in a movie. And yeah, he's done a heck of a good job at it.

Look at him 10 years ago, and things barely seem the same with him.
Photo Source: 1843 Magazine

Timothy Spall went through a weight loss spell since 2014 with the decision to liberate himself from "certain shape" roles by just cutting down on alcohol and unnecessary food. Despite the fear that it might shut doors for him, it turned his presence in the acting industry around.

Timothy Spall's Weight Loss Diet Book Would Be Only Two-Paged

Timothy decided to change his lifestyle and lose weight in 2014, but nobody had known about it that concretely. So when people saw him in 2017 looking exceptionally slimmer, some were even concerned for his health. But it was under his own volition, and how he did it, anyone could do too, if they had the guts to do so.

Alcohol is proven time and again to be detrimental to people if they want to lose weight as it adds more calories with no nutritional value. For Timothy Spall too, it was the transition to such a realization that got him going for it — cutting down booze as the major step in weight loss.

'Mr. Turner' had a major part in his weight loss.
Photo Source: Shutterstock

During an appearance on 'Lorraine' in early 2019, when asked if the drastic change was due to an overhaul in lifestyle, he replied, "I did really. If I was going to write a diet book, it would be two pages." He just was "careful about calories".

Also See: How Seth Rogen Took a Risk in Career by Losing Weight

He stressed, "The first one is, food and booze is lovely and exercise is horrible. Right, turn over the page, if you eat too much and drink too much, you put on weight. If you eat about the right amount, you don't. And that's it really!"

A year earlier than that, he'd also spoken about how exercise also played a big part in his weight loss process. "Lots of walking and watching what I put in my gob," Spall told Event Magazine. "It's the scoff less diet. Simple science says that if you eat more than you burn, you put on weight. If you eat less, it comes off. But keeping it off isn't easy. You have to be vigilant. Sticking with it is a massive pain in the a***, but the benefits far outweigh the a***ache."

Spall Knew the Risk of Weight Loss, But He Also Knew Could Be Liberated

If you remember, before 2014, he was almost always in the shadow of another actor starring in the movies and series he worked in. But when he got that starring role in 'Mr. Turner' in 2014, it sparked something big in him. He found out he was tired of remaining in the fringe of other actors.

Something just clicked in my head that said: I don't know how long I've got left, but now is the time that I want to be at the centre of things. I wanted to see if I could, and it seems to be that people are letting me have a crack at it, and I like it. I don't know if it will go on forever, but the parts are coming my way.

Spall took on the challenge and decided to lose weight, risking his entire career. But if his slimmed-down figure could turn things around and give him the roles that really liberates him from being a "supporting actor", then he was going to take that chance.

"I knew it was risky because it can shut doors," he told The Independent in September 2019. "But I knew that if I was lucky it would also liberate me. I don't know whether I've missed out on [parts], but only because nobody's ever called me up and said, 'Ahh, we were gonna use you when you were fat but now we can't'."

And Now, If a Role Isn't Irresistible, He Wants Nothing to Do with It

Timothy Spall's decision was as firm as it could get. He had one huge starring role as 'JMW Turner' in 'Mr. Turner' and a much slimmer figure, and he was out to turn down any role that he did not find intriguing. He vowed to not take a role if it wasn't irresistible.

'Mrs. Lowry and Son' was another huge role for him.
Photo Source: Genesius Pictures

And he's been doing fine these days as he's found his macho. The roles keep coming in, with the particular one being in 2019's 'Mrs. Lowry and Son'. And for him, liberation has come with a whole new level.

In Another World: Jason Segel Was First Forced to Lose Weight for a Role

"I wanted to change my lifestyle and lose weight. And it's done what I'd always hoped it might," he told Radio Times. "As a character actor, it's put me in a position where I'm not hobbled by being a certain shape. I'm no longer that avuncular round bloke. It does feel liberating on many levels."