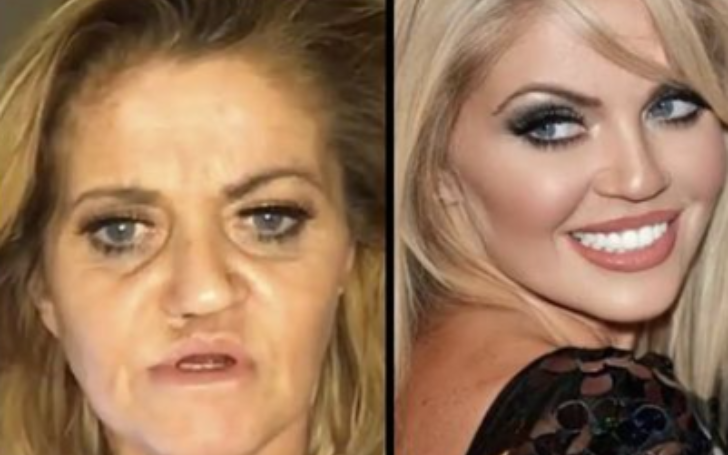 Grab All The Details On Danniella Westbrook's Nose Surgery!!

Danniella Westbrook is an actress from England. She is also a reality television personality best recognized for her appearance in EastEnders as Samantha Mitchell.

Westbrook was also a contestant on the ITV show I'm a Celebrity Get Me Out of Here! Her estimated net worth is around $38 million.

As per Daily Mail, Danniella Westbrook, 48, took to Instagram on Tuesday to share the results of her recent nose surgery, which was the first of a series of procedures.

After years of drug usage caused her nose to collapse, Westbrook was photographed with a fully bandaged face last week and recently announced plans to have a rib implanted into her face as one of those surgeries.

"I can't help but take the Mickey; all these sultry insta pics are around..." Danniella captioned the video. As a result, here's one from me." "Representing the old girls, it's just for laughs, people #justforlaughs," she says.

"I'm going through a lot of surgery right now," Westbrook said in OK! magazine on her newest round of facial reconstruction. "They're good, but they're quite difficult. The first two of my operations haven't taken their toll on me yet, but the next batch will. I'm going to see a bone surgeon next, and he'll be removing a rib."

Danniella Westbrook had a rib insertion procedure in 2018 after osteoporosis ruined her cheekbones and gums. She is trying to go back to her best after spending the last year getting lip filler and Botox, as well as facial surgery.

Danniella Westbrook had a rib insertion procedure in 2018 after osteoporosis ruined her cheekbones and gums.
Photo Source: Instagram

Despite having five reconstructive surgeries, Westbrook is still being bullied online, with others asking her to "just go and kill yourself."

"I despise how I look," Danniella told The Sun. "People mail me, saying, "You're so ugly, you're a junkie, you should just go kill yourself," and I'm constantly mocked and trolled for it. I've also had comments from people who are relieved that I won't be returning to EastEnders because they don't want me to scare their children on TV.

Westbrook stresses, however, that she is not having surgery to please her tormentors; instead, she wants to be content with herself and no longer has to deal with the respiratory problems that her collapsed face has caused.

Danniella said in February that she was looking forward to her impending procedures.