Home / lifestyle / Who is Dustin Pedroia Wife? Here's What You Should Know

Who is Dustin Pedroia Wife? Here's What You Should Know 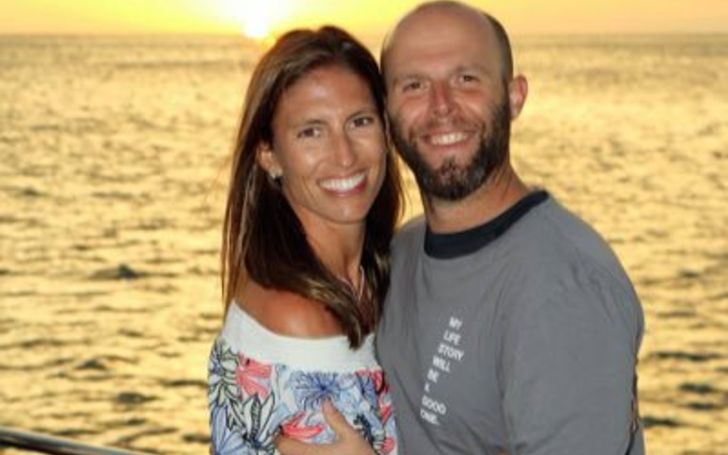 Learn all the details on Dustin Pedroia and his wife Kelli Pedroia's relationship. Here's all that there is to know about them.

The name Kelli Pedroia is best-known by the name of her world-renowned husband, Dustin Pedroia. If you didn't know, her beau is an American professional former baseball second baseman who just retired in 2021 due to health issues. He played his entire baseball career with the American team, Boston Red Sox.

The woman behind the award-winning athlete's success is none other than the lucky lady in the talk, Kelli Pedroia. The couple has been known to be together for more than a decade, enjoying each other's company through all of their thick and thins back when Dustin was starting his career.

So, here we have some interesting things to know about the gorgeous Kelli Pedroia.

Dustin Pedroia and Kelli Pedroia Love Story, How It Started?

The lovely couple Kelli and Dustin actually happened to cross each other's path when they were at Arizona State University. They both took their sweet time testing the waters of their relationship while still focusing on their career as the future baseball star was still yet to make his debut back then.

After years of dating, they finally tied the knot on November 11, 2006. The date of their marriage was precisely two months after Dustin made his MLB debut on August 22, 2006, for the Boston Red Sox.

You may also like: Who is Ben Askren Wife? Here are All the Details

As for the 33-year-old mom of three, she actively engages in charities and campaigns like the melanoma awareness campaign, which she suffered herself due to her constant trip to the tanning parlor.

Kelli and Dustin also organized an Operation Shower event with the Red Sox Foundation, where they organized baby showers for local military spouses of deployed soldiers.

After spending 14-years of togetherness, the Pedroia couple is proud parents of their three sons, Cole Pedroia, Dylan Pedroia, and Brooks Pedroia, born in August 2009, September 2012, and June 2014.

Back in 2009, when their first son, Dylan, was about to be born, Dustin had to miss the All-Star game because his pregnant wife was hospitalized due to labor complications ahead of the due date, which was in August.

The father of three kids made an official statement where he said, "After consulting with Red Sox manager Terry Francona, Red Sox GM Theo [Epstein], Phyllis Merhige of Major League Baseball, and my wife, Kelli, I have decided to withdraw from this year's All-Star Game in St. Louis. I will instead stay in Boston with my wife as we tend to a serious family health matter,"

Even though the news was a disappointment to the fans, it was a great choice where the MLB player prioritized his wife and unborn kid.

Also, See: What is Dustin Pedroia Net Worth in 2021? Here's the Complete Breakdown

That wasn't all, as Pedroia had to leave a game again in 2012 against the Yankees at the time of his second son Cole's birth. He was in the middle of the game when he came to know that his wife went into labor.

That's all for now. Stay tuned to Idol Persona for more relationship-related content of your favorite celebrities.