Home / health / Gemma Collins Flaunts Her Weight Loss Transformation, Find Out How She Did It

Gemma Collins Flaunts Her Weight Loss Transformation, Find Out How She Did It 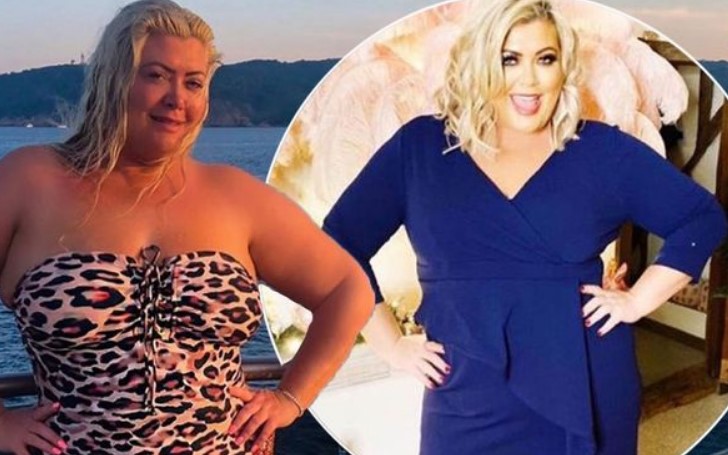 Gemma Collins (born Gemma Clare Collins) is a British media personality and entrepreneur. The first time she appeared on the small screen was in 2011; she was part of the ITVBe reality series 'The Only Way is Essex.'

Following that, the reality star appeared on several other shows like 'Celebrity Big Brother' in 2016, 'Celebs Go Dating' in 2018, and 'Dancing on Ice' in 2019. In short, she never got out of our sight, at least not for too long. The celebrity media personality, as we know, has always been on the heavier side of her body weight. However, things seem to have changed a little.

The reality star recently showed off her new trimmer body as she posed makeup-free, following a dance and dip in the hot tub. She seemed fairly happier and healthier than ever. Gemma was seen wearing a chic jumpsuit and looked in great shape as she unleashed her curves.

Also Read: Tiffany Brooks from HGTV - What's the Truth About Her Weight Loss?

Collins uploaded a video on her Instagram, where she was seen dancing and singing carefree with her nephew. On the caption, she wrote, "Spreading some positive vibrations this evening for you all." followed by a heart emoji, and continued, "my lovely child, my son, he might as well be. He is my darling Hayden wearing [designer's name], and I am wearing my own collection, @gemc_boutique."

Gemma Collins' been using lockdown positively, it seems. She shed quite a lot of weight during her "stay at home" period. However, her weight loss journey started a little before the whole lockdown thing started. Back in August 2019, the reality star praised weight loss jabs.

Collins admitted it really helped her curve the appetite following a couple of months of using them. According to the reports, the reality star has undergone a three-stone weight loss, and cost her a little over $300. However, it was also reported she gained a stone back during the holiday.

So, here's what it entails: Collins went on the jabs that has been really good for her. She got injected, which basically curbed her appetite, as well as it was handy, she stressed. So, basically, Gemma is happy with her new body and never misses to flaunt it on social media or elsewhere.

You May Also Like: All About Susan Boyle's Weight Loss, Find Out How BGT Singer Lost 50 Pounds

For more information on your favorite celebrities' lifestyle and Health, stay tuned to Idol Persona, and don't forget to sign up for the newsletter.