Grab all the details on the weight loss of American actor, comedian, screenwriter, and producer Kevin James.

When it comes to weight loss, the driving force to shed weight is health issues, self-realization, or similar things like that. But it highly depends on the roles that he's taken and his commitment to it for an actor. An all-time prime example of it would surely be the most brilliant time-to-time transformation done by Christian Bale.

Today, we're going to be talking about another one of the talented comedians/actors who shed a massive amount of weight on Kevin James. Did you know that James was at an all-time high of weighing 290 pounds before he signed up for his movie "Here Come the Boom"?

The motivation to shed weight was because the actor was expected to play a role of a biology teacher who later on became a UFC martial arts fighter to raise money for his school. His estimated net worth is $100 million. So, let's move ahead to know the details of his crazy weight loss transformation.

We've always watched Kevin James, who is married to his wife Steffiana de la Cruz, play light-hearted comedy roles like Doug Heffernan on the CBC Sitcom The King of Queens, I Now Pronounce You Chuck & Larry, and many more.

While James was always seen in his comfortable chubby self, there was always the grogginess of his weight tagging along wherever he went. This is precisely why the actor jumped at the chance of doing the movie Here Comes The Boom, where he was finally required to get into shape.

To fit in the frame of a rugged warrior, Kevin lost a massive 80-pound weight with the help of MMA trainer Ryan Parsons. The training led him to do all the fighting scenes without sustaining any injuries, even though he was mostly seen plummeting to the ground in the movie.

Kevin James was literally and figuratively whipped into a transformation by his MMA coach Parsons. The pair had already met before on the set of his TV series The King of Queens, so it was easy for them to bond over the film.

Kevin James was literally and figuratively whipped into a transformation by his MMA coach Parsons.
Photo Source: Instagram

The training for the 57-year-old actor required building stamina, coordination, flexibility, and strength. To which James' trainer suggested a steady diet of medicine ball moves mixed with push-ups and situps. He was required to do a full-body workout for the boxing routine, starting with pad work, shadowboxing, combination punches, etc.

Kevin was also on a strictly monitored diet regime that required all the greens he could possibly fit into his body. James trained for a massive 14 months, working out three times a day to get in shape for the movie. Indeed his hard work paid for the movie's success in the end.

That's all for today; tune into Idol Persona for more of these reads on your favorite celebs! 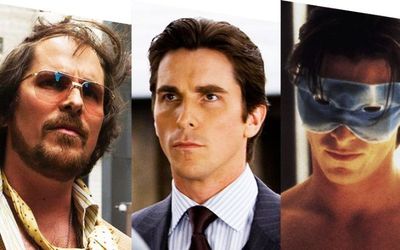