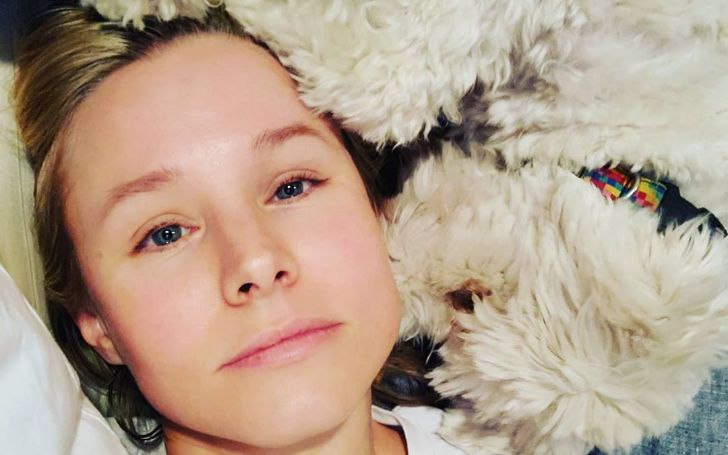 Kristen Bell just shared a picture on social media without any makeup on, sharing a very honest message in the process.

Kristen Bell posted a candid picture of herself without any sort of makeup and shared a heart-touching message about her mental health.

The Bad Mom actress posted a caption with her photo mentioning that she's been 'struggling' for the past two weeks. She also added not being sure why she felt that way, and fans seemed to fill her comment section with all sorts of wishes and concerns.

Bell urged her fans that even though she's been in a tough place lately, people should do the right thing and be kind to themselves.

Her caption stated, "I've been struggling the last two weeks, for who-knows-why-slash-ALL-the-reasons. Today I finally got back on the treadmill, figuratively and literally. And I'm proud.

"Good job, Kb' I said to myself. To anyone who's been feeling the same, you can do it. Just do the next right thing. I love u. Xo"

The 40-year-old's dealt with a series of difficulties over the year, having her partner Dax Shepard relapse due to prescription medication after solid 16 years of sobriety. She got candid over The Ellen DeGeneres Show to discuss over her family matters and how she's proud of her husband to overcome the issue.

You may also like: Who is Logan Henderson Girlfriend in 2021? Here's What You Should Know

Shepard got into a motorbike accident in early 2020, where he got away with a broken hand with multiple injuries. The doctors had prescribed him with a couple of medications that caused the relapse.

However, it seems that now the couple is doing good as they post videos of each other during the lockdown period.

That was all for now; follow Idol Persona for more of these reads.

Dax Shepard's House Decoration for Halloween: A Model of His Decapitated Head