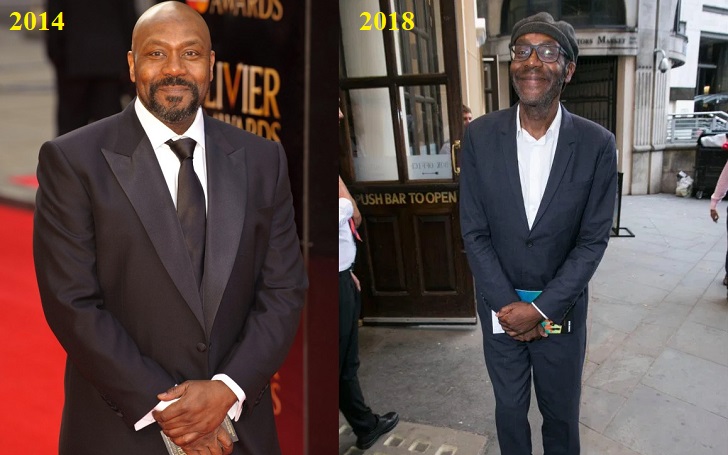 How Lenny Henry has transformed over the years will baffle you. Especially those sideburns, in case you haven't noticed. He looks unrecognizable in his before and after photos. From a little bulky man, Henry's been a lanky fellow, just like his character demanded in the movie 'The Long Song'.

Henry weight loss journey had one success back in 2011 when he lost 3 stone as he was put through a Bootcamp, for appearing in a play, 'Comedy of Errors'. But in 2012, he was said to have gained the weight back again. Then following 2014, he began another journey that's gotten him as slim as he could ever be.

The weight loss was gradual, by the way. (Henry in 2016.)
Photo Source: Getty Images

There have been many speculations as to how he lost weight in all these years, and while many reports contain his statement, there've been contradictory words in all of them. What's his real reason? And how did he really do it? Here's a little timeline after the 2012 weight gain.

To Battle Diabetes, Lenny Henry Reveals He Lost Two and a Half Stone by 2014

When Henry gained the weight back in 2012, he knew he had to change. Because his family has a history of diabetes, especially his mother Winifred's diabetes caused artery problems for seven years and required a double leg amputation before her passing in 1998.

The change in Henry was baffling, to say the least.
Photo Source: Getty Images

For the change, he told 'The Mirror' in 2014 that he did it by eating sugar-free food and doing Ashtanga yoga. "I'm a bit diabetic, so I was put on a very strict diet. I've lost between two and a half and three stone. I was big."

Here: Kathy Bates' Weight Loss Secret: Mindfulness, After She Found Out about Her Lymphedema

"It's lots of greens, lots of juice and lots of walking. Swimming is good. You've got to eat no sugar and drink hardly any alcohol… all the stuff you like. You can't Hobnob your way through the day."

It was not surprising to see Sir Lenny Henry looking undeniably slimmer at a party in London's Soho in June 2018. He was speaking at the bash in Soho House for a screening of 'Unsung Heroines: The Lost World of Female Composers', at the time.

According to The Mirror again, his secret to the weight loss was broccoli and long runs. During the launch of the aforementioned BBC4 documentary, he stated, "What’s my secret? Well, it’s eating broccoli and not much else. I’ve also been running a lot. It has worked."

Also: Anna Faris May Have Significantly Lost Weight Due to Stress of the Divorce

It was also reported that the reason he went out and slimmed down was that he didn't "want to be a ­heffalump running around the stage" at South Bank Sky Arts Awards in London that year. Of course, it was kind of a joke.

"None of Them Are True", The Real Reason Is the Character He Was Supposed to Portray

During an interview with Daily Mirror at the South Bank Sky Arts Awards ceremony, he squashed all the other talks about the reason he underwent such a drastic weight loss. "I have heard that I've lost all this weight for a variety of reasons," he said during the event where he ate a healthy lunch of goat's cheese and potato terrine with cured beetroot starter. "None of them true."

He had to look that part in 'The Long Song'.
Photo Source: BBC

When it comes down to the real reason as to why he lost that amount, however, it's all for playing the character, 'Mr. Godfrey'. A man "who doesn’t get three full meals a day," being a slave for 45 years. Of course, he said, he wouldn't have got that part had he not shed a few pounds before.

Check Out: Jumoke Hill's Inspirational Story of Weight Transformation Before His Passing