Lewis Capaldi on His Weight Loss: Says Turning Vegan Took a Toll on His Health 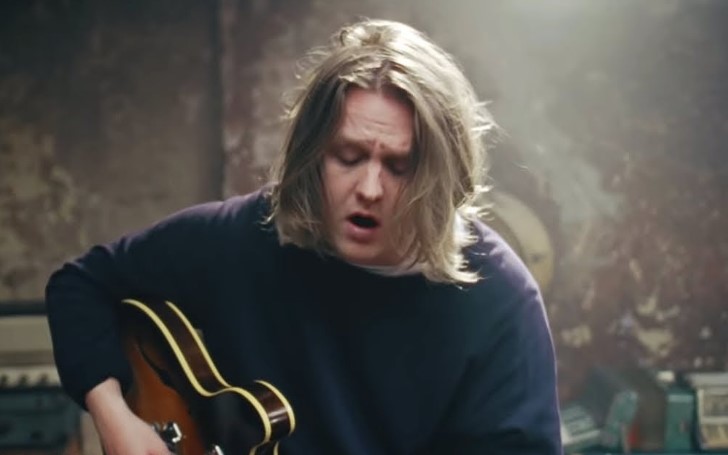 Lewis Capaldi (born Lewis Marc Capaldi) is a Scottish singer-songwriter, from Glasgow. The talented 23-year-old singer was nominated for the 'Critics' Choice Award' at the 2019 Brit Awards, which just proves how great of an artist he is. The singer-songwriter got the much-deserved attention from his single 'Someone You Loved,' which topped the UK Singles Chart in March 2019.

But as we know, Lewis is that gullible guy (unlike his songs which almost make us cry every time) is a humorous lad. He certainly knows how to get the attention of people apart from his excellent songs. Recently the singer has lost weight, and in this too, while asked about his weight loss, cracked us up.

So, let's find out what Lewis has to say about his weight loss.

Lewis Capaldi, as we know him from the start of his career, has been a little, not much, just a little, on the heavier side of his weight. So, as any other would do, Capaldi was on his mission to lose weight, starting from 2018, before his single 'Someone You Loved,' came in, and became the longest-running top 10 UK single of all time.

Surprisingly, the 23-year-old lost a whopping 28 pounds, which he revealed on his Instagram story. The singer further added he was so into a healthy lifestyle following his 2-stone weight loss, that he decided to go vegan.

The singer, however, said that's when the real problem started for him. After losing almost thirty pounds, the singer ends up piling up more instead, following his choice to be a vegan. The singer stressed, going vegan cause him to add more pounds as he binged on carbohydrate-rich foods.

Also Read: Gemma Collins Flaunts Her Weight Loss Transformation, Find Out How She Did It

The singer said, "I lost two stones at the end of 2018, and I thought, 'Now I'm slimmed down a bit. I'll be a vegetarian, I'll keep the weight off, and I'll be doing good for the environment. But, oh my God, I got so fat and put all that weight back on as I was substituting meat and veg for the vegetarian option, which was pizza and chips."

So, What's Next For Lewis Capaldi

After adding more pounds, the singer said, he would still be sticking to vegan foods, while changing his other habits, like exercising and going on runs. However, the singer doesn't seem to be liking his new lifestyle.

The time when Lewis went all-in in a feud with Noel Gallagher. It was a classic reply from the 23-year-old singer.
Photo Courtesy: The SUN

Capaldi said, "I go on runs. I go running every morning, and it's been horrible." the singer hasn't shared his recent health updates, but we guess he is shedding some weight this time, and not overeating.

The singer's statement that he gained weight after turning vegan created a stir in the vegan community. Vegans have been trying to explain, and it's all over the internet, that vegan food is not the sole reason for Capaldi's weight gain, which we all know.

Since Lewis is known to put touches of humor in pretty much everything that he says, his intentions were not at all to hurt the feelings of anyone, or to blame the type of foods he was eating. He just tried to explain that he kind of lost track of his diet plans after a 2-stone weight loss.

So, he has been trying really hard to lose the "added pounds," and this time, the singer is going all-in. We wish him all the best.

You May Also Like: Find Out the Secret to Catherine Tyldesley's Amazing Weight Loss

For more information on your favorite celebrities' lifestyle and health, stay tuned Idol Persona, and don't forget to sign up for the newsletter.