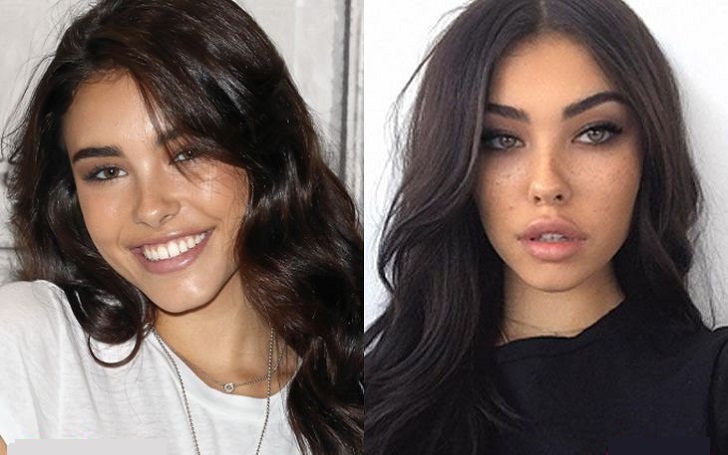 Madison Beer may have been hailed as the next Megan Fox (not our words), but she doesn't escape the fact that people are not going to be weird about her looks and question her talents. To be fair, most Instagram models have been looked at that way (although she's primarily a singer), even though the comments sections are mostly positive. Of course, filtering.

As you know, Reddit is said to be a platform for "experts" and those who can understand the truth when they see one. And since some time after her fame through her Justin Bieber fame, they're trying to find something to discuss about her.

Discussions of Madison Beer's singing talent and questions of her look have been made a number of times on Reddit since 2017 (or earlier), putting up a question of whether she's had some plastic surgery work done. But due to the many rules Subreddits place in them, many of the so-called rants about her does get filtered out. All we get is the archives of such discussions.

Comparisons were made between her looks from 2015 and 2017 in one particular early discussion. The thread had comments speculating of "overly big lips, tiny nose, fade eyebrows, etc." for that "instagram model". It might not be such a comment of concern, but one wrote, "She seemed happier in 2015..... I noticed when people get their lips done a lot they tend not to smile as much anymore."

In another thread, it discussed her being "manufactured in a lab to become a pop star." Then a year later, one user commented that one of her ex-boyfriends exposed her of plastic surgery a few years ago. But there doesn't seem to be such a record.

Recommended: What Has Draya Michele Said about Her Plastic Surgery Rumors?

The discussions still continue as Subreddits continue to remove a number of such posts. Still, many still remain. While it's not ethical to discuss things like these, there's little for people to go on with when nothing is said. Even if things seem too obvious, until something official comes out, it's best to leave it non-controversial for now.