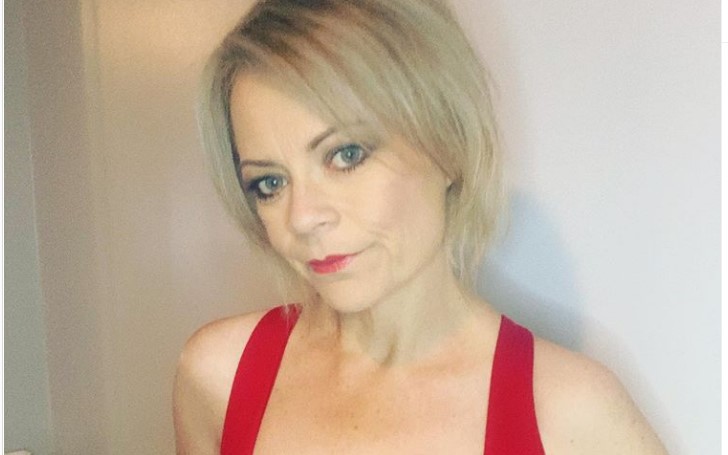 Here's what you should know about Jo McPharlin's weight loss.

Jo McPharlin is an Australian television personality who earned her celebrity status from her stint on the show 'Married at First Sight Australia.' Jo appeared on season 5 of the show and matched with Sean Donnelly.

From the beginning, fans of the show were not happy with the match; eventually, their marriage did not last. Despite her broken marriage, Jo McPharlin received love from fans.

Following the show and her split with her former partner, Sean Donnelly, her social media has been exceptional. The television personality has more than 43,000 followers on her Instagram.

Jo McPharlin was not successful with her marriage, but she is doing wonderful with her newfound fame. The 42-year-old knows how to stay relevant and never phases out from the mainstream media.

Recently, the mother of two has done it again; this time, Jo McPharlin is on the headline for her impressive weight loss. The television personality is flaunting her new body on her social media, and she looks amazing now.

If you have been following Jo McPharlin on social media, more precisely on her Instagram, then we are pretty sure you didn't recognize her at first. According to the reports, the television personality is on her weight loss journey for almost two years.

The 42-year-old Jo shocked her fans in August when she flaunted her trimmed figure in a stylish outfit. The television personality was clad in skinny jeans and plunging black tops with a brown jacket.

One fan wrote, "Very classy [Jo McPharlin]. And you look absolutely fantastic. How have you lost your weight??"

Another fan wrote, "I've had sleeve surgery, wondering if you have had the same? You are getting results, lady, and I'm proud of you !! If you haven't, then go you even more. 💕"

The next fan wrote, "Love that outfit!!!! You look so well, how have you dropped so much weight if it's ok to ask. Glowing !! I'm going to go check this outfit out."

So How Did Jo McPharlin Dropped So Much Weight?

As you can see, all fans, including you and us, we're left wondering how did the television personality lose weight? A few months earlier, Jo McPharlin revealed about her weight loss. As fans are speculating if she underwent a sleeve surgery, that's not the case with Jo.

According to McPharlin, which she revealed through her Instagram post, the television personality lost weight with the assist of 'All Covered Beauty.' Even Daily Mail wrote an article about Jo McPharlin's weight loss where they mentioned; All Covered Beauty is a spa that specializes in MM Slim along with other different services.

Since we are talking about weight loss, we will stress on MM Slim here. According to the experts, it's a magnetic muscle stimulator which assists with fat loss and body shaping, and also focuses on muscle gain.

Moreover, Jo also spoke about her weight loss on her Instagram post, where she credited a ketogenic diet, and strict exercises helped her lose weight. During the time, the television personality revealed she lost a little over three stones.

Jo also said her children really helped her to change her lifestyle. The television personality revealed she still walks for 90 minutes a day. She is giving 20-something girls run for their money.

You May Also Like: Angela Deem Weight Loss - How Many Pounds Did the 90 Day Fiance Star Lose?