Here is the Complete Weight Loss Story of Pete Doherty 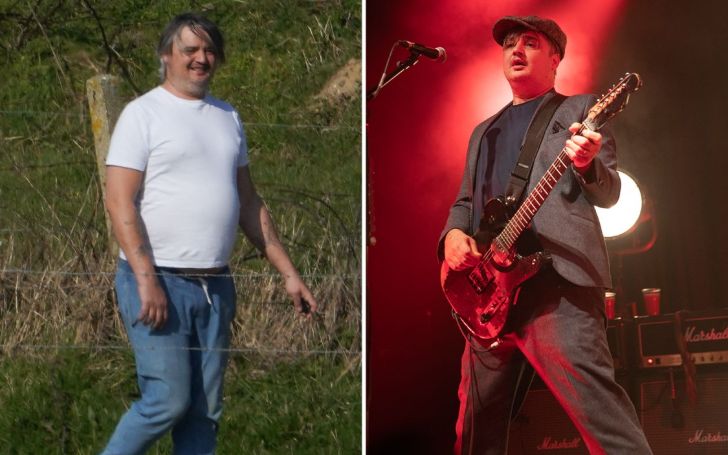 Grab All The Details On Weight Loss Story of Pete Doherty!!

Pete Doherty is a musician, songwriter, actor, poet, writer and artist from England. He is best known as the co-frontman of The Libertines, founded in 1997 with Carl Barat. In addition to Peter Doherty and the Puta Madres, he is a member of the indie band Babyshambles.

The 42-year-old artist has a well-publicized and longstanding drug addiction, and Doherty has served prison time for drug offenses.

Pete Doherty looked completely different as he reunited with his fellow bandmates on stage in Manchester on Monday night, displaying an impressive weight loss. Doherty has once again astounded everyone, but he's shed the pounds this time.

The Libertines hitmaker looked unrecognizable as he performed with his fellow bandmates in front of adoring fans at Manchester Academy. Pete appeared reformed and dashing in the photo as he performed center stage with his guitar strapped across his chest.

You May Also Like: Why Cara Delevingne Said No To Plastic Surgery After Considering A Boob Job? Find It Out Here

Doherty, who dated Amy Winehouse before her death in 2011, wore a navy blue t-shirt underneath a striking grey two-piece suit and a matching flat cap to the event. He had also shaved his long fascial hair and replaced it with a thinly groomed mustache.

According to The Sun, this year, Pete Doherty was spotted looking completely different while walking his dog near his home in Normandy, France. The band member has blamed his newer fuller-looking figure on his love of Comte cheese on toast.

Pete Doherty was spotted looking completely different while walking his dog near his home in Normandy, France.
Photo Source: Instagram

At the time, Doherty admitted to being mostly clean from drugs after quitting the habit and discovering a fond love of dairy products instead. Meanwhile, Pete married his fiancee, Katia de Vidas, in a lavish French retreat just two months ago. The singer and film editor married just two days after announcing their engagement.

The happy couple exchanged vows in a small private ceremony at the Domaine Saint Clair hotel in Etretat, France, where they have lived for the past three years. The Libertines frontman and the couple's band, Puta Madres, were on hand to entertain all guests, including Pete's once estranged father, who joined them on stage.

The lovebird's marriage was announced just a few days after Pete revealed that he had been clean from heroin for two years.

For more detail on celebrity health, remember us. We are always here on Idol Persona.