Why Did Linda Tripp Decide for Plastic Surgery Twice? 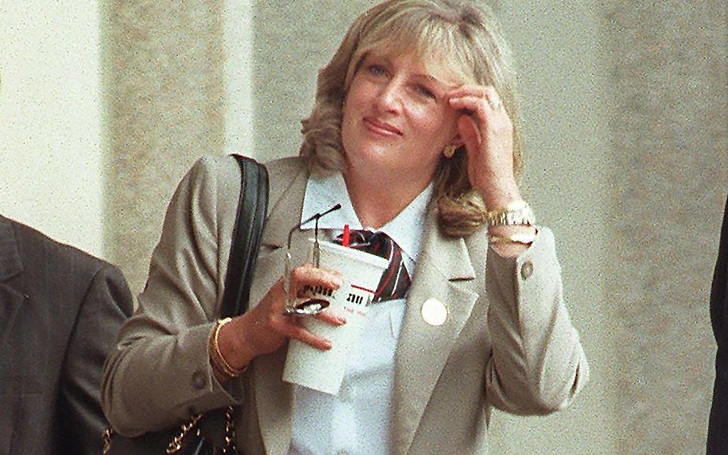 There are some things you need to know about her journey to expose the truth that also partly affected her plastic surgery decisions.

There's really no neutral way people can talk about Linda Tripp except in her own way. "There are people who think I'm a hero, and there are people who think I'm a villain," she told PEOPLE in 2003. "And I'm neither." But being portrayed as a public villain for actually being a whistleblower led her to the point that she had to undergo plastic surgery to get away from it all.

You'd either have to a far-left or a far-right partisan when discussing the days she embarked on a fight against the Clinton administration. Regardless, for now, her family is grieving the loss of the 70-year-old, and reports suggest it has nothing to do with the ongoing CoronaVirus epidemic. So this will have no leaning on one side kind of discussion.

"My mommy is leaving this earth. I don't know myself if I can survive this heartache," daughter Allison Tripp Foley wrote on Tuesday, April 7, 2020, in a since-removed Facebook post, according to The New York Post. "Please pray for a painless process for the strongest woman I will ever know in my entire lifetime."

And the same woman, who said, "I hate Linda Tripp," at the conclusion of her grand jury testimony, presumably for bringing her into the public discussion after illegally recording their phone conversations about every little detail of her relationship with Bill Clinton, had posted a hope-of-recovery tweet that day. But little did Monica Lewinsky know, she was in her death bed at the time.

The First Plastic Surgery in 1999, "If I Had Looked Perky, Sweet and Cute, I Wouldn’t Have Been Defined the Way I Was by the Press"

Both Tripp and Lewinsky were transferred to the public affairs office of the Pentagon after seemingly being uncomfortable with the Clinton administration. Only, they were transferred in 20 months interval (August 1994 - April 1996), with Tripp heading Pentagon first.

Lewinsky opened up quite extensively to Tripp.
Photo: AP

Despite the age gap, the two became quite close, and considering Tripp was a mother of two teenagers at the time, she became kind of a mother-figure to Lewinsky, in her 20s, who would go on to confide in her of the sexual encounters with the then-president in intricate details. Under the suggestion of Lucianne Goldberg, instead of writing a tell-all book, she started to record her conversations with Lewinsky, which were, yes, illegal.

The events that followed would first paint her as a whistleblower with damning pieces of evidence. And efforts from the White House administration to paint the women involved as "trashy bimbos" seemed to have failed until the president's troubles were blamed on a "vast right-wing conspiracy."

She thus became the prying, traitorous villain of a sordid story, strengthened by Lewinsky's aforementioned words against Tripp. She started receiving death threats and had to move to a safe house; her character became the face of the jokes, most notably on 'Saturday Night Live'.

Then, in December 1999, reports surfaced that she'd undergone a top-to-bottom plastic surgery reconstruction for her face. According to the statement released by Tripp’s legal defense fund that month, she had cosmetic surgery performed several months before that in October by a doctor in Beverly Hills, who was later identified as Dr. Geoffrey R. Keyes.

A private benefactor, whose identity was not disclosed in the statement, paid for the expensive and extensive surgery. The helper was later described as a close friend who, "because of the parodies," wanted to help by her spokesman, Bob Angelotti. "She just didn't feel good about herself and felt she could feel a lot better, and this is what she went and did."

The John Goodman impersonation on SNL took quite a toll as she was portrayed as a "fat, prying busybody who casually betrays a friendship while gorging on junk food." She'd also talked about her own appearance in one of her interviews, "I didn't realize how ugly I was until I saw the pictures. I was horrified as well as the rest of the nation."

Tripp later talked about how her appearance was also part of the reason her stance was not taken seriously. "The notion of betrayal is ridiculous," Linda told PEOPLE in 2003. "If I had looked perky, sweet and cute, I wouldn't have been defined the way I was by the press."

Despite changing her whole face, she continued to be ridiculed. Even Goldberg said, "It looks like she's had a head transplant." Although it might have been in her praise as she did say "It's amazing" before that statement.

Meanwhile, she'd also lost weight (40 pounds during her plastic surgery) during the whole trial, which she actually gained because of stress-eating during her entire struggle. And Lewinsky was also losing weight and changing her image. Although, since those days, the two never talked to each other again.

The Second Plastic Surgery in 2008, Because the First Was Botched

The first makeover took some time for her to fully recover. She was also set to go on trial in 2000, filed against taping the Lewinsky conversations. She was also fired from her Pentagon job on the last day of the Clinton administration in 2001. Meanwhile, Mr. Clinton did get impeached by the House of Representatives but was, however, acquitted again by the Senator.

In 2003, she hoped Lewinsky would move on with dignity in her life as she decided on herself moving on the same from everything. She married her second husband and childhood friend, the architect Dieter Rausch, in 2004 and went to the countryside in Loudoun County, Virginia, opening a specialty shop in Middleburg, called the 'Christmas Sleigh'.

This, by no means, meant she gave up. It was all just too much for her, children Allison and Ryan, and their neighbors in Maryland. But she did resolve her pending legal issues within the new millennium that came about before moving on.

We essentially had to abandon it because it became a tourist trap, a tabloid haven.

That charge in Maryland for illegally recording Lewinsky, which she says she did the right thing the wrong way, was dropped in 2000 after he trial appearance because Lewinsky was barred from testifying. She sued the government, after claiming they violated her privacy, a lawsuit she won with a six figure-settlement in 2003. It was enough for her to start a new life.

She went away to the countryside to live a farm life with 16 horses, but still had one last thing to erase of that unwelcoming late 90s. There were things about her face that bothered her greatly.

Trapp visited revision facelifts expert Dr. Mark E. Richards of Washington, D.C. In fact, it was after performing her facelift redo that he became a sought out plastic surgeon (yeah, her look became that good). Well, Trapp did announce on TV that he did her plastic surgery reconstruction in late 2008, despite being out of the media for much of her retirement years.

And despite having some improvements in that 1999 surgery, she was still unhappy with it. She had her brows done, a cheek lift and an overall reconstruction to have an "attractive, appealing look to her".

Is There Any Truth to Sophie Brussaux's Plastic Surgery Discussion

In Dr. Richards' own words, when he described her changes with before-after pictures (specifically below) of her on TV, "She didn't like the chin implant that was given to her there that made her almost look like her nemesis Jay Leno. She has an elongated face and so she needed more width applied to the cheeks. That can only really be accomplished through cheek lift or a cheek implant. The brows were still down giving her a stern expression. So she had many of these things done, too much to go into today, and you can see on the right her face is much more oval, she's softer, she has a much prettier look. In fact she looks pretty."

"And she has an attractive, appealing look to her."
Source: Dr. Mark E. Richards

She was happy with the look and then stayed out of the media again for a decade. "It's paradise with complete autonomy and privacy, and that's how I like it," she told Page Six in 2017 of the quiet life she lived since then.

2018 seemed to have been her last public appearance. She gave the keynote address during National Whistleblower Day on Capitol Hill. "She said again that her exposure of Clinton's conduct had little to do with politics," as PEOPLE puts it.

Highly Recommended: The Movie-Making Love Story of Jill Wagner and David Lemanowicz That Needs to Be Known

That appearance was actually a result of a chain of events of something that happened during a late 2017 visit to her son's family. According to 'The Weekly Standard's Peter J. Boyer, "The subject of Lewinsky came up, and her daughter-in-law urged her to resist talking publicly about the Clintons."

"She said—and this was very, very painful to hear—that she didn't want her own children to be defined by their last name," Tripp said.

That portrait will remain in the Rausch for a long time.
Photo: AP

She did not, however, expect any sway in people's opinion on the matter. She was completely comfortable with the whole thing. "I'll still be the evil witch. You know, you can't unring that bell."

And as she said, "It was always about right and wrong, never left and right," it's only right (in the former kind of way) to offer condolences to her family and friends in the difficult times.

Stay tuned and connected to IdolPersona for more stories and plastic surgery content.