Home / health / Has Andrea Bocelli Ever Lost Weight? The Real Truth of His Weight Loss Here 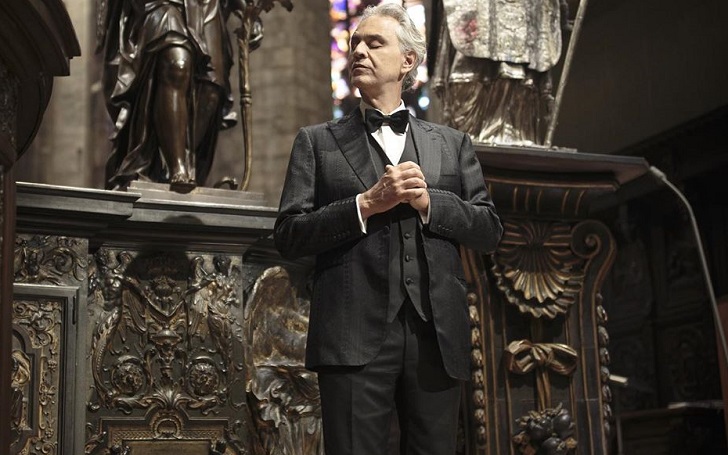 Following his solo performance, did Andrea Bocelli look like he had a bit of a weight-loss stint in today's pandemic situation?

How'd you like Andrea Bocelli's record-breaking performance on Easter Sunday? Yeah, it's a hopeful message, of course. The 'Andrea Bocelli: Music For Hope - Live From Duomo di Milano' video on YouTube has over 36 million views at the time of writing.

Despite having no live audience besides on the piano & the cameramen (might've been drones), the video has broken the record for drawing the biggest audience for a classical live stream in YouTube’s history. An invitation from the city of Duomo, Milan, and the Duomo cathedral was all it took for it. Well, there's Bocelli's acceptance as well.

The record-breaking show had people gushing about him in the comments.
Photo Source: Andrea Bocelli, Instagram

For years, despite being completely blind since the unfateful soccer practice match, Bocelli's voice has been a model of how God would sing like, ever since Celine Dion complimented him that way. And this performance took the definition to a whole new level.

However, some discussions swayed the whole point of the performance and took the question of whether Bocelli's lost weight or not a little too seriously. Of course, it becomes a matter of interest during this worldwide pandemic, and people are obviously worried about his health in his condition. But he's got his wife, Veronica Berti, to take care of her now. His sons are also probably there with him.

Not much difference since November 2018, is there?
Photo Source: Qiling Wang, Deseret News/Andrea Bocelli, YouTube

As for the real discussion, there's been no record or report of a possible weight loss endeavor from Andrea Bocelli (except that one time fans were worried he's ill in 2018), but it normal for people to sometimes gain or sometimes lose a few pounds. And age has a big factor as you know, he isn't the same as he was a decade ago.

And in the past too, discussions on several gossip sites and discussion platforms have people mentioning he'd lost a certain amount of weight. Perhaps, they found a little (or a lot) fewer muscles on his cheek, but clearly, the camera has some effects on anyone.

So yeah, put a full stop on the discussion of his weight loss, even if there is one, and just enjoy the soothing music that comes with the godly voice that is Andrea Bocelli.

Stay tuned and connected to IdolPersona for some real celebrity Weight Loss stories.