The young breakout star Billie Eilish is not here to disappear but make history and become iconic in her field.

In 2015, Billie Eilish recorded "Ocean Eyes," a song her brother Finneas 'O' Connell had written initially for his band. That sound, released on SoundCloud in early 2016, took off more than anyone could have expected.

Over the years, "Ocean Eyes" became Eilish's calling card. By the end of the year, Interscope Records had picked up the single in collaboration with Darkroom, and it received mostly positive reviews from music critics. Her other released songs got picked up by famous series on Netflix's 13 reasons Why.

Eilish's career is one that's littered with talent, hard work, and a few fortunate breaks.

The multimillionaire singer on Sunday swept the four biggest prizes at the Grammy Awards -- best new artist, the record of the year, album of the year, and song of the year. She also took home the best pop vocal album, for a total of five Grammys.

Eilish, whose bedroom studio cost less than $3,000, is the youngest solo performer ever to win album of the year. The record holder had been Taylor Swift, who won the best album at the age of 20 for "Fearless."

Eilish also became the first woman and second person ever to win record of the year, album of the year, song of the year and best new artist in the same year. The first artist to do so was Christopher Cross in 1981.

Adele has also won all four trophies but did so over three years.

For an 18-year-old, it's an impeccable achievement. Since she got fame with 'Ocean Eyes' in 2015, the singer's been unstoppable, Eilish is only growing in her field.

Unlike most contemporary pop fare, her songs often venture into a dark lyrical territory, with titles like "Bury a Friend," "Wish You Were Gay," "Six Feet Under" and "Bitches Broken Hearts."

The visuals during her live shows are animated, nightmarish, and Tim Burton-esque, featuring graveyards, creepy dolls, and sinister silhouettes in dark forests.

Both Billie and her brother are an exceptionally talented duo. From 1000 plays on SoundCloud for Ocean eyes to sold-out shows and now 'Bad Guy' being the record of the year, they're living the dream.

Watch: Billie Eilish in the Grammys

Billie recently released the official video for "Everything I wanted," which she directed; it only shows how creative and different Billie is from all the other artists in the game. Because she is such a fresh personality, people are drawn towards her.

The currently single Billie's style is no doubt amazingly iconic, and so is her art that she puts out, which got her 5 different Grammys.

Watch: Billie's 'Everything i wanted'

With the blessings of her family, whenever Billie puts out something, it's given that the piece will be a hit; we are always excited about what Billie will do next.

Recommended: Annie Awards 2020 - Who are the Big Winners? 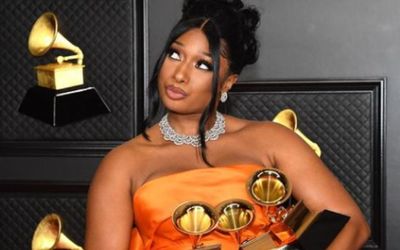 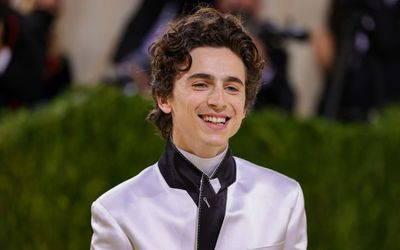