Home / lifestyle / Who is Columbus Short? Is he Married? All Details Here

Who is Columbus Short? Is he Married? All Details Here 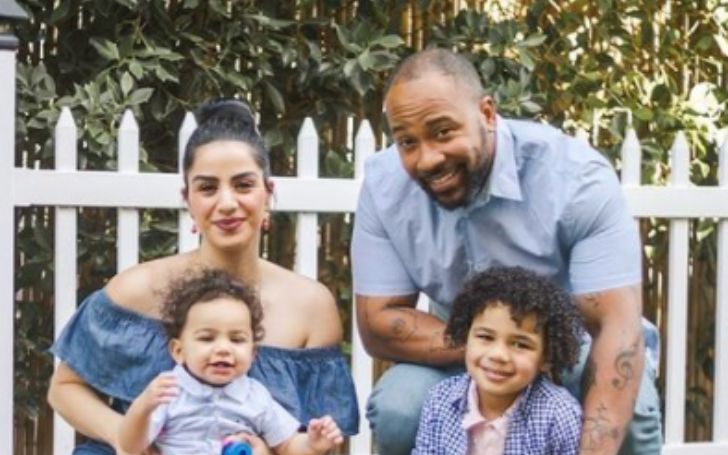 Grab All The Details On Columbus Short Personal Life!!

Columbus Short, 39, has a net worth of $2 million as a choreographer, actor, and singer in the United States. He rose to prominence after starring in big movies such as Stomp the Yard, Cadillac Records, Armored, and The Losers.

Yes, Columbus Short is married. He announced his engagement to Aida Abramyan Short in August of 2016, and the two married in December of the same year. They have two children together.

Columbus Short has a net worth of $2 million as a choreographer, actor, and singer in the United States.
Photo Source: Instagram

According to her LinkedIn profile, Aida obtained her Bachelor's degree in English Literature from the University of California, Los Angeles, in 2008. Since then, she has worked in the media. Her Instagram account was filled with pictures of herself and Columbus, as well as their two sons.

Columbus Short was married twice. He is the father of two children by two ex-wives. Short and his first wife, Brandi, were married for an unknown amount of time until divorcing in 2003. They have a son as a couple.

Short tied the knot with Tanee McCall in 2005, and they have one daughter, Ayala. McCall filed for divorce the first time in 2013 and then again in 2014.

Was Columbus Short Taken Into Custody?

As per The Sun, Columbus Short got arrested for domestic violence in February 2022. The news broke on Sunday, February 6, with TMZ saying that cops had been at his house a few days previously to make the arrest.

Columbus Short got arrested for domestic violence in February of 2022.
Photo Source: Instagram

Short and his wife allegedly got into a verbal argument that turned into a violent fight. He was then held in jail for around 12 hours before securing a $50,000 bond.

Click Here To See: Who is Ryder Robinson? Who is he Dating? All Details Here

Columbus told police that his wife had punched him in the face but had no apparent injuries when they arrived. The officials then checked on Aida, who had suffered slight damage.

This isn't the first time Short and his wife have quarreled. Short was arrested for domestic violence in 2018 and ended up pleading no contest, and served 34 days in prison.

According to the publication, no charges have been filed as of now. "Marriages are difficult, but surviving them is a blessing!" On Sunday, Columbus sent out a tweet.

"I am not an abusive man, and I do not do drugs, but I have found that consuming alcohol makes my remarks impure at times. My wife and I are focused on improving our relationship."