Home / health / Find Out Why Jesy Nelson Decided to Undergo a Weight Loss; Her Side of the Story!

Find Out Why Jesy Nelson Decided to Undergo a Weight Loss; Her Side of the Story! 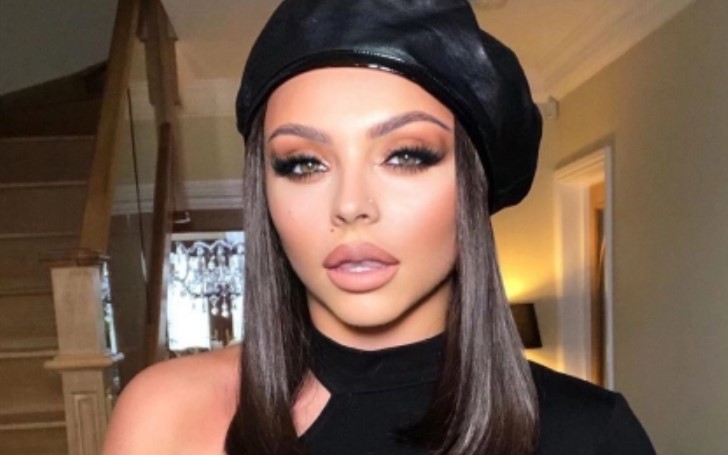 Jesy Nelson opened up about her struggle with her weight and why she decided to undergo a massive weight loss.

Jesy Nelson (born Jessica Louise Nelson) is an English singer who is known for being a part of the British girl group 'Little Mix.' The group was formed on the eighth season of 'The X Factor' in 2011. Their group became the first to win the competition.

Little Mix has sold a little under sixty million records worldwide, placing them in the top five of the best-selling girl groups of all time. If you are a fan or follow this girl band, or more precisely Jesy Nelson, then you know her struggle with body image.

Back in 2019, Nelson presented a documentary based on her experiences with body image and online bullying, "Jesy Nelson: Odd One Out," which won the "Factual Entertainment Award" at the twenty-fifth National Television Awards.

We will try to cover a little from her documentary from last year, her recent transformation following her weight loss, and her side of the story as to why she decided to lose weight! Let's find out.

It's always wonderful on social media, where you get to connect with your loved ones and friends, but that completely depends on what kind of people you choose for social media friends circle.

For us, it's easy, we can set our account to private and add only the people we know, but for celebrities, that's not been the case! As a public figure, you attract all kinds of people to your profile, and while we only see the good part of social media, celebrities have been encountering the ugly side of it for years.

Even though we haven't faced the problem ourselves, but we are well aware of the fact that online trolls exist. And, for Jesy Nelson, it was too hard for her to handle her online troll she was on the verge of taking her life.

Her story, in particular, is a touching one; the story the singer shared with her fans in her documentary, "Jesy Nelson: Odd One Out," the 29-year-old detailed how online abuse from trolls drove her to attempt suicide.

Jesy now has come a long way from all those things as she embarked on her journey to self-acceptance. Back in July of 2019, the singer posted an honest and emotional post about her painful experience overcoming her body issues and self-hatred following being labeled "the fat one from Little Mix."

"6 months ago this girl was someone I just wanted to forget. I wanted to erase her from my mind and everyone else’s memory. I didn’t see her as Jesy I saw her as 'the fat one from Little Mix.' Up until now, I hated her not because she’d ever done anything bad but because I was made to hate her by endless amounts of trolling."

"I’ve made this documentary for 2011 Jesy and for anyone who might be feeling like she did. I refused to speak about how I was feeling for so long. I was embarrassed and scared too. But I was so wrong to feel that way."

"Please if you are feeling how I did, SPEAK ABOUT IT. Talk to your family, speak to your friends, there’s always help out there. If you’d have told that girl one day you won’t feel sad anymore, I’d never have believed you....and here I am. Now when I look in the mirror, I don’t see Jesy the fat one, I see Jesy the happy one!"

Also Read: Christina Anstead Weight Loss - How Many Pounds Did She Lose?

Jesy Nelson has since embraced her body confidence on another level, and she is all about body positivity, but with all the positivity, the singer has also transformed herself greatly due to weight loss.

As we mentioned earlier, with all the positivity, she has also transformed herself following a massive weight loss. Jesy Nelson's inner confidence just oozes out, and it can be contained no more.

The singer often shares stunning pictures of herself, flaunting that chiseled abs of her, and you can't resist but to double tap her pictures while scrolling through! Jesy Nelson found a way to shut her trolls and became a role model for people, especially girls, who have fallen victim to online abuse.

You May Also Like: Mrs. Hinch Before Weight Loss: A Peek Into Her Life Before the Transformation

For more information on your favorite celebrities' lifestyle and health, stay tuned to Idol Persona.