Home / health / Mrs Hinch Before Weight Loss: A Peak Into Her Life Before the Transformation

Mrs Hinch Before Weight Loss: A Peak Into Her Life Before the Transformation 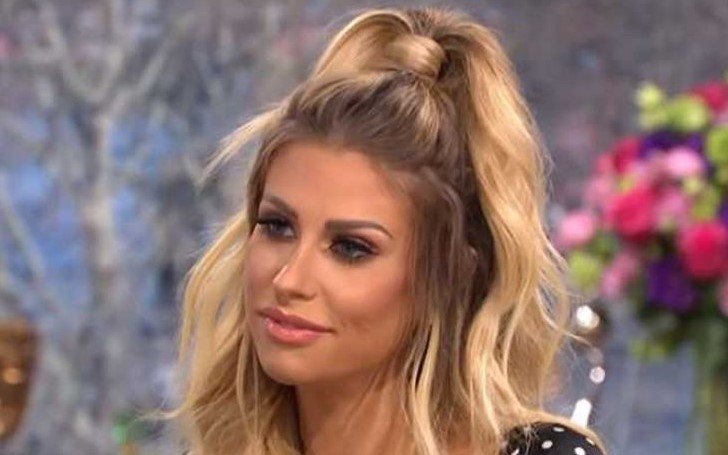 A peek into Mrs. Hinch's life before her weight loss.

Sophie Hinchliffe, famously known as 'Mrs. Hinch' is an English social media personality from Essex. Sophie is 30 years old as of 2020. According to the reports, she started her Instagram account in March of 2018.

"I started my account back in March 2018. I've always enjoyed home interior design, but as soon as my husband and I bought our first house together, I was super excited to make it a home."

"I really wanted to post décor photos on Instagram but didn't want to bore my friends and family, so I started @mrshinchhome! I never imagined for a second that my account would become so popular!"

"It's absolutely crazy, and I'm so overwhelmed but so grateful all at the same time! I'm just so happy it's resulted in such a positive space for everyone."

The Cleaning Guru Mrs. Hinch, who is an Instagram star now, was completely different than what she is now. The star social media personality revealed she had a gastric band fitted when she was only 21 years old.

We got to see her previous self when the cleaning guru posted comparison pictures of her on ten years challenge. The transformation was massive; some people wouldn't even recognize her.

But back in 2019, Mrs. Hinch opened up about her weight loss and revealed she regrets her decision to have a gastric band fitted.

Talking to the You Magazine, the social media personality revealed she started putting weight in her late teens, after leaving home.

"I'd just passed my driving test, so I was able to go out in the car and get takeaways at McDonald's Drive-Thrus. Before I knew it, I was eating for what felt like eating's sake. I was getting pizzas and deliveries."

Also See: Denise Dillon Fox 5 Weight Loss - How Many Pounds Did She Lose?

"I love food, even now. I tried to wear baggy clothes as much as I could, just to blend in. It hit me… the stares, the way people look at you."

"Stares" Made Mrs. Hinch Take Out a Bank Loan of £6,000 For Gastric Bypass Surgery.

Following her struggles to blend with friends due to her weight, Mrs. Hinch decided to opt for gastric bypass surgery. The social media personality revealed she took out a bank loan of £6,000 for the procedure.

The following year Sophie lost a whopping eight stones, but within the second year of the procedure, Mrs. Hinch was admitted to the hospital as the band slipped and wedged on her esophagus.

Following the emergency operation, the band was unclipped, but the social media personality revealed the band is still insider her, but no longer works.

Why is Mrs. Hinch Famous?

As we mentioned earlier, she is known for her Instagram account, where she gives a tour and tips about "cleaning homes." But in reality, she is not a professional cleaner; she is just someone who enjoys cleaing her home.

"I'm just a normal girl who loves to clean her house. The fact that me doing so in my own mad way motivates and encourages others to have fun and do the same makes me so happy."

According to some reports, before her fame, Sophie used to work as a hairdresser, and prior to that, she used to work many jobs. On her Instagram live, Mrs. Hinch revealed she has worked as a waitress, an after-school club as a nursery assistant, call center office, job board sales.

You May Also Like: Christina Anstead Weight Loss - How Many Pounds Did She Lose?