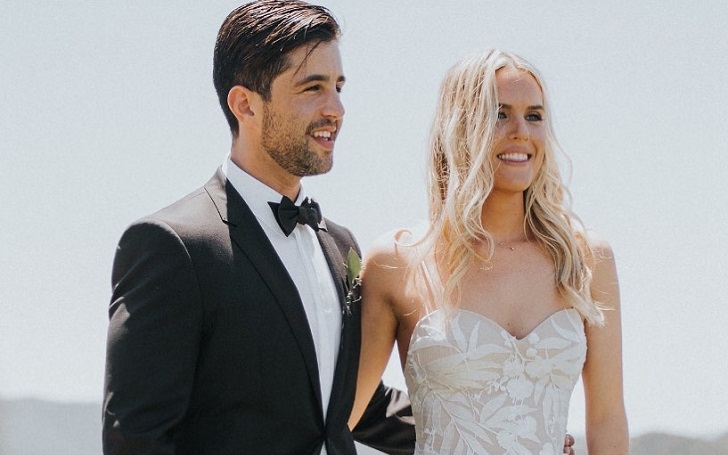 For a 90s kid, Josh Peck has been sort of an icon, with TV being every kid's best friend. But it takes growth to make real magic in his case. He's grown from a chubby kid to a handsome hunk, and we all witnessed it ever so clearly. He'd been stealing hearts since his dashing changes had it not been for his wedding to wife Paige O'Brien.

You see, the private affairs of Peck had been a real drag to uncover before the news of his engagement came around in 2016. Rumors were always there, but who he was dating was always a mystery. And it was fine for those girls wowing over him.

Now, this guy's a family man, with a kid of his own too. But his smile still has the charm it did years before. And as if acting wasn't enough, he's taking on a move as a YouTuber, being a part of David Dobrik's squad once and visiting Dixie D'Amelio's home. But as he did, we got to see more glimpses of his wife and their married life.

Paige O'Brien is titled as a cinematographer, having been involved in small-screen movies like 'Black Wolf', 'Let Go', and 'Tell Me a Story'. It's a contrast to her famous American football quarterback of a father, Ken O'Brien. As known as he is, her life prior to her career, however, is almost blank online.

And with Peck also choosing a secretive life in terms of relationships, it's hard to pinpoint when he and O'Brien started dating at all. Reportedly, her Facebook page suggests they started dating in November 2013, but other reports date their first date back to 2012.

All in all, O'Brien is mentioned as a long-time girlfriend at the time of their marriage. So whatever the amount of time they were together before getting married, it was enough to tell the world that she's not a secret anymore.

Not many knew the couple was in dating mode until they switched to engaged mode. It first made news in March 2016 when O'Brien shared an image of themselves on Instagram, her wearing a cushion-cut engagement ring with a diamond halo on her finger. Many think the photo was flipped to make it look like she was wearing it in her right hand.

She later posted another photo of the two in June, with the ring in the right hand this time, while thanking Peck for it. But it was confirmed in May 2016 when she posted photos from her engagement party, writing, "Thank you to my friends and family for the cutest bridal shower a girl could ask for."

The wedding day for Josh and Paige came over a year later in June 2017 during a ceremony in Malibu, California. The two shared snaps from their auspicious occasion, O'Brien wearing a cream-colored strapless gown with a sweetheart neckline & ivory-colored embroidery, and Peck wearing a classic black tuxedo.

Peck's 'Drake & Josh' co-star Drake Bell wasn't on the guestlist though, for some reason, and he was awful sore about not getting the invite as well. It seems they made up later as they reunited at a red carpet event.

And then, it was not a secret anymore.
Photo Source: Josh Peck, Instagram

The couple also moved on to be parents to a child, announcing her pregnancy in August 2018. Their son, Max Milo Peck, was born around New Year's, but in 2018. And after he was born, the pair couldn't hold in the excitement of their child. We're just ignoring Peck saying it was more exciting visiting D'Amelio's home than having his baby and considering Max's birth the best thing in his life.

Get to Know: John Goodman's Wife and Their Story

The husband-wife has since become YouTuber rather than having much to do with the film industry. And we got more glimpses of their married & family life, and it's not necessary to go over how happy they are together.