Home / health / Nathan Fillion Weight Loss — Is He Sick or Just a Change for a New Movie?

Nathan Fillion Weight Loss — Is He Sick or Just a Change for a New Movie? 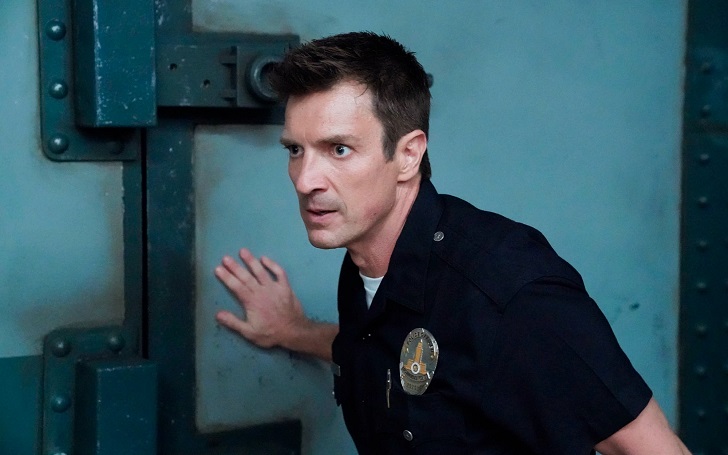 Nathan Fillion might have had a breakthrough with 'Firefly' in 2002, but he'd been giving his contribution to the acting industry for about a decade before that. And the roles on 'Desperate Housewives' and award-winning 'Castle' were only a push for him to go higher.

And with 'The Rookie', Fillion is pulling more strings to gather an even bigger fan following, having made the show huge even before the first season ever aired. But with the new season undergoing, there's a question a little concern among his fans surrounding him. Why does he look sick?

Granted weight loss is a thing that comes around with age, his change in facial structures drastic in comparison to the first season as 'Officer Nolan' was not something fans were not particularly happy about.

The trailer for season 2 of 'The Rookie' aired on YouTube on September 24, 2019, and he also shared a photo of him with Mark Cuban on Twitter less than a week later. While the trailer wasn't a big thing to talk about in terms of how he looked (dashing as ever right?), the photo on Twitter became a sign something was (probably) wrong with him.

Or maybe it was a sign that he's doing some things to better himself. At least, some people think so too. Many of those fans were impressed by how chiseled and trim he looked. A few of them appreciated that he looked more cop-like this time.

While some preferred a "meatier" version of him but thought that he looked nice nonetheless, not everyone was diplomatic when commenting on his weight loss look. They were fans and just wanted to see him as more of a hunk. There are a lot of Reddit discussions on that, how some don't like the new look.

Even his age was referenced as some thought he looked a little older for his age. The discussion went on the other side as well: he somehow looks younger than he really is. He enjoys a net worth of $20 million.

Also: Fans Are Worried Chadwick Boseman Is Ill After Seeing Him Lose Some

However, the concerns could be really seen among fans as they were worried he might be down with something. "Watching but concerned. The weight loss. Hope you're well and healthy. If not God Bless. If so give me back the 'Hunk'," one wrote. A little more muscles on the cheek, neck, and chest might be good enough to get people to calm down about an illness or something.

If there was something going on with him, there would've been reports on it, or he himself would've said something about it. He hasn't. He's either keen on keeping whatever not-a-big-deal thing it is to himself or just chose to lose weight for his future roles. He previously dated fellow actress Vanessa Marcil.

This was a keen one from the fans. His IMDb profile does list 'The Suicide Squad' under his name, which is still in the post-production stage, by the way. And that one was confirmed after James Gunn listed some truly A-lister celebrities as the cast of 2021's 'The Suicide Squad'.

It'll be Nathan Fillion's first entry into the DC Universe, despite already working in multiple animated projects ('Green Lantern' comes to mind). He'll show his face for the first time. But he'll be wearing a costume (green-colored, by the way), so, it'll probably not show his full face.

The role Nathan Fillion plays in 'The Suicide Squad' is to be a complete surprise.
Photo Source: BackGrid

Back to the discussion, Fillion's role isn't definitive yet, but costume photos have been released, and some were already thinking he lost weight for the role. This assumption was actually a while before the 'The Suicide Squad' set photos were leaked as judging by the photos, the role actually requires him to be a little buff.

Recommended: Why Is People Even Talking about Andrea Bocelli's Weight?

Turns out, his weight loss may not be linked to his role in the movie, which is "super, duper secret", not 'Arms-Fall-Off-Boy', BTW. But seriously, he's gotta give his fans something to know about his look. Although, is he looking better and better these days since 'The Rookie' S2 premiere? 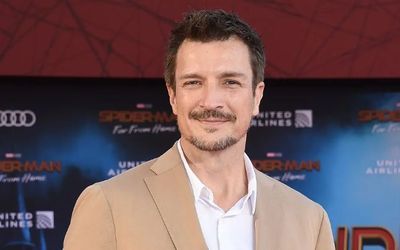