Noel Jones and Loretta Jones Officially Engaged to be Married 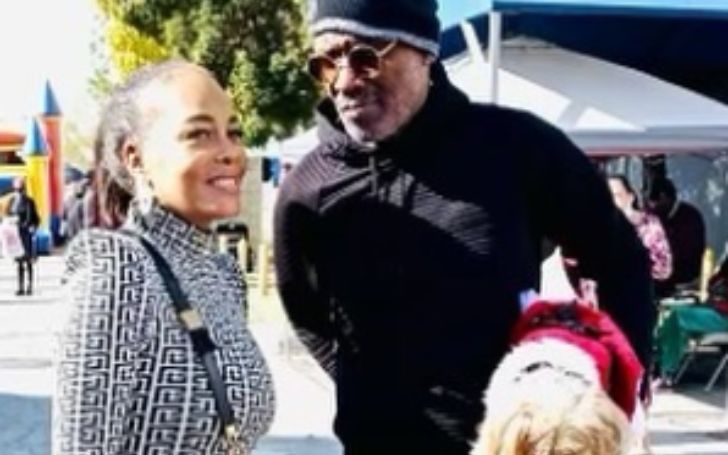 Grab All Details On Noel Jones and Loretta Jones Relationship!!

Noel Jones is an American pastor. He is the lead pastor of the City of Refuge Church in Gardena, California, which was formerly the Greater Bethany Community Church and had over 17,000 members.

The estimated net worth of a 72-year-old star is around $5 million. In this article, learn in detail about Jones' personal life.

Noel Jones And Loretta Jones Officially Engaged To Be Married

Finally, Noel Jones has announced that he will marry his fiance, Loretta Jones. This revelation is causing a stir on the internet because the pastor made this decision after over two decades with his girlfriend.

Noel Jones has announced that he will marry his fiance, Loretta Jones.
Photo Source: Instagram

People have been waiting for this news for almost two decades, and now the couple has reached the final stage of their relationship, according to Noel's statement.

As per Hitc, "I am telling you now, that I am going to get married," Jones said onstage in front of a live crowd at a recent event. He then invited Loretta Jones, his lady love, to join him on stage to announce the couple's decision.

You May Also Like: Joe Rogan Wife & Daughters- All details on his Family Life Here

"I considered whether I should give up my freedom coat for a straight jacket," Noel continues. "I was thinking about getting married at my age," he said. The pastor gets down on one knee with a ring in his hands and pops the big question, and Loretta says yes, according to a 12-minute video posted on the YouTube channel "Official King Jives."

Noel Jones, a former member of the Preachers of Los Angeles group, has had a rocky love life. He had previously been linked to actress Lisa Raye McCoy and Real Housewives of Atlanta star NeNe Leakes.

Noel Jones, a former member of the Preachers of Los Angeles group, has had a rocky love life.
Photo Source: Instagram

Rumors of Jones' supposed relationship with Lisa began to circulate in 2011, and he was seen with Nene before she came on RHOA in 2008. During Noel's time on the show Preachers of LA, the preacher introduced Loretta to the rest of the globe. The pair's relationship was a major plot point on the show.

Noel had previously been married to Ruth Jones. The pair has been married for more than 20 years and has three children. Ruth was older than the preacher, he said in an interview.

On January 31, 1950, Noel Jones was born in Spanish Town, Jamaica. Bishop Robert and Marjorie Jones are his father and mother. In 1965, his parents relocated him and his two siblings, Chris Jones and Grace Jones.

At the age of 19, Jones was called to the ministry. He graduated from St. Jago High School and then went to Aenon Bible College to earn a Bachelor of Science in Theology.

Later, the International Circle of Faith College awarded Noel an honorary doctorate degree. He took his first pastorate at the Bethel Temple of Longview in Longview, Texas, when he was 26 years old.