Home / health / Shirley Ballas Weight Loss: How Much She Lost?

Shirley Ballas Weight Loss: How Much She Lost? 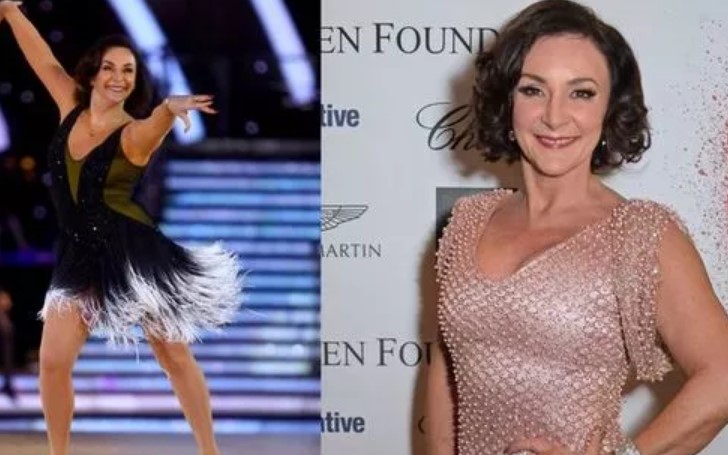 Here's what you should know about Shirley Ballas' weight loss in 2020.

Shirley Ballas (born Shirley Annette Rich) is an English ballroom dancer, dance teacher, and dance adjudicator from Wallasey. Shirley specializes in the international Latin division and has won several championship titles following which the pro dancer earned the title "The Queen of Latin."

Many of her fans know Shirley from 'Strictly Come Dancing,' the pro dancer was appointed the head judge on the BBC television celebrities dancing competition show following the departure of Len Goodman.

Shirley, who was born on 6 September 1960, moved to North Yorkshire from Wallasey when she was 15. But after spending two years in Yorkshire, Ballas again moved to London with partner Nigel Tiffany.

Shirley's partnership with Nigel was broken as dance teacher Nina Hunt convinced Ballas to partner with Sammy Stopford, with whom she married later. Their marriage didn't last more than five years but the two etched their name after winning Professional Latin at Blackpool Dance Festival in 1983.

Following her split with Stopford, Shirley married Corky Ballas with whom she shares the exceptional dancing partnership, the two also won Professional Latin at Blackpool Dance Festival in 1995 and 1996.

Also Read: Adrian Lewis Shares His Weight Loss Story: Find Out How He Did It

The former couple then moved to Houston, Texas, and competed in the US. Later the two were blessed with a son, Mark Ballas, who is also a professional ballroom dancer. The former couple called their marriage off in 2007.

While we assume you already know about Shirley Ballas' excellent career, and she never fails with her charisma. And adding to it, the pro dancer just made news following her massive weight loss. Here's what you should know.

And we are talking about 2020, just when we thought Shirley Ballas is retired and she is just going to be on the judge's seat now, she never fails to amaze us. At age 59, Shirley is regaining her charisma, and we suppose, it's only about time we see her hitting the ballroom again!

Shirley Ballas, apart from her achievements as a dancer, has also earned a name as a lithe figure, and she just knows how to stay slim.

Previously, Shirley revealed she gained 20 pounds during the lockdown, and that was not acceptable for the pro dancer. By October, Ballas has come down to her previous weight 8st 8lb.

How Did Shirley Ballas Lose Weight?

A few months earlier on her interview with The Sun, Shirley revealed,

"I am fat. I can’t fit in my trousers but I am not going up another dress size. I have gained 20 pounds from when you last photographed me, but I am six pounds down this morning."

During the time, the former pro dancer explained she wanted to slim down to her former weight, for which, she opted intermittent fasting. Ballas revealed she used a small window of six hours to slim her waistline, only eating between 12 pm and 6 pm.

You May Also Like: Anne Hegerty's Weight Loss in 2020: Find Out How She Dropped Pounds