Home / health / Did Sierra Gates Ever Get Plastic Surgery? 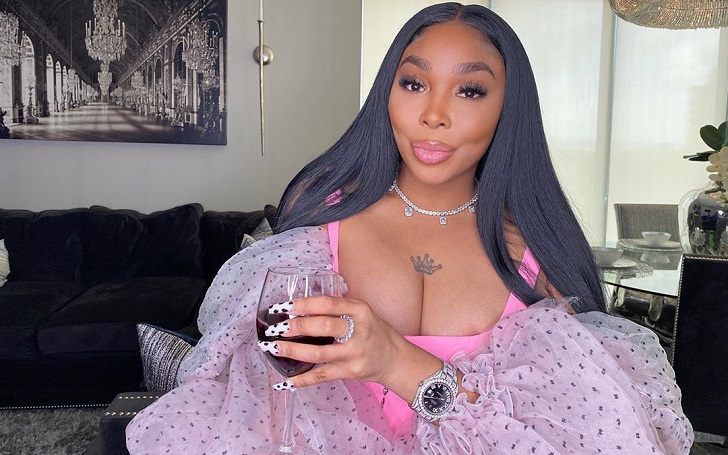 So, Sierra Gates was not really pregnant, after all. Or is she? Not sure yet. And the audience was falling hard, laughing at the scene of her crying when she saw her pregnancy test giving positive. But there's new excitement abound related to the release of her new book, 'Make a Million, Maintain a Million'. Of course, being a millionaire from being on the streets as a teenager, she knows a thing or two about managing your money.

While all's good and well in 'Love & Hip Hop: Atlanta' for Gates, with the occasional controversies of course, a look at her figure will have you opening your mouth wide in amazement. It makes you wonder if she's ever had plastic surgery to perfect that look.

Sorry to Burst Your Bubble, She's Not Telling about Any Plastic Surgery

With a body like Gates', it's obvious to talk about whether she's gone under the knife, but there has never been a case where plastic surgery was a topic described for this amazing woman right here. And of course, it's strange because of the fact that so many stars of the 'Love & Hip Hop' universe are known to have gone through some form of cosmetic operation.

That being said, with her own cosmetic venture, we're sure she has some tricks to make her body appear so. There are ways one can make their lips look a little puffed off with the use of cosmetic products. Then again, no one can be so sure of it.

Suggested: Has Goldie Hawn Ever Gone under the Knife?

And there's never been a case of her coming out to declare she's ever had it either.

It Might've Been Weight Loss, Not Liposuction or Buttocks Reduction

While there are no reports of a possible plastic surgery procedure on Sierra Gates, there's no denying she lost quite a lot of weight a couple of years ago. There's a lot less fat on her stomach area and even the buttocks, almost insinuating she's had liposuction to remove extra fat from certain areas of her body.

But there's no real proof of it. What is true, though, is that she willingly underwent weight loss in order to get the excess fat removed from her body. Yes, it all comes down to a healthier diet and proper exercise.

During an interview with VH1 in June 2018, she revealed how her on & off boyfriend (especially since she admitted to cheating on him) BK Brasco pushed her to lose her weight, which was also up & down but mostly up, alongside him when they were only just friends.

Related: Is Plastic Surgery the Reason Karlie Redd Got That New Look?

As she hesitantly went to the gym, she realized how much fun it is to actually exercise with someone beside her complimenting her for how good she looked. "When we became friends, he was like 'come on, let's do it'," she told VH1. "I never had someone to push me and say 'I'll do it with you.' We both got in the gym together and I found out it was better having a partner - someone telling you look good and you can do it."

You don't have to look too far for the secrets to her alluring figure.
Photo Source: Sierra Gates, Instagram

With the newfound love for maintaining fitness, she decided to eat better. And in the process, she lost 35 pounds since her first appearance in 2017 until the next season of 'Love & Hip Hop: Atlanta'.

"Within working out, I found out 80% is what you eat. I started liking the results and how I looked and the different compliments I was getting from my followers," she continued in her interview. "Since last season, I've lost like 35 pounds. So for people to see me lose it and it stay off motivates them. People DM me saying, "you look good, I've been trying to lose weight for years " So that motivates me to keep going and inspiring people. I know how rough it is to walk a straight [eating right]."

So yeah. That's that. And remember, the ninth season is still very much going on. VH1 is the place to go.

Is Plastic Surgery the Reason Karlie Redd Got a New Look? The History