Home / lifestyle / Who is Amara La Negra Dating in 2022? Details on His Ex-Boyfriends Here

Who is Amara La Negra Dating in 2022? Details on His Ex-Boyfriends Here 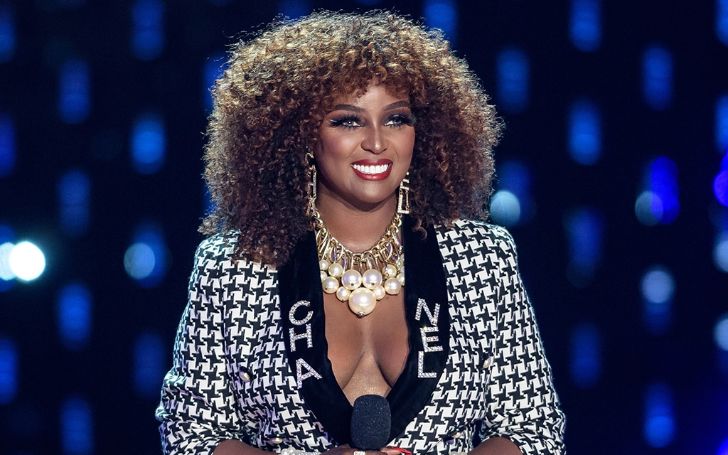 Learn All The Details On Amara La Negra!!

Amara La Negra is a Spanish-language rapper who rose to fame after appearing on the VH1 reality show Love & Hip Hop: Miami. She is also a singer, dancer, author, and TV personality from the United States.

Several companies noticed the black-eye beauty, and she quickly got a multimillion-dollar record deal with Fast Life Entertainment Worldwide and BMG. Negra is also well known for her anti-discrimination music.

5' 8'' tall singer makes her earnings through her successful career. The approximated net worth of this talented singer is around $2 million. In this article, we'll explore more about her personal life.

According to Reality Tit Bit, Amara La Negra is back on screens for Love & Hip Hop: Miami's new season. She has appeared in 4 episodes of the show and has also co-starred with her beau Allan Mueses.

Amara has formally announced Allan on her social media, and many people may be wondering who Allan Mueses is. Well, Allan is a realtor and the CEO of his investing service firm, SolucionesAllan. He is originally from the Dominican Republic and holds a master's degree in business administration.

Click Here To Know: Who is Arden Cho's Boyfriend in 2021?

Allan has two daughters, Layla Mueses and Alanna Mueses. He appears to maintain regular contact with both of his children, as he frequently posts pictures of them on his Instagram account.

The Relationship Between Amara La Negra and Allan Mueses

The duo met while working in Santo Domingo, Dominican Republic, after Amara La Negra's recent venture into real estate. They first mention of each other on social media was on Allan's Instagram in April 2021.

However, because these are professional posts, it's unclear whether their romance began in April or later in the year. The two announced their collaboration on August 15, as Allan's company, Amara Residence, will build and sell luxury residences in 2023.

Also, See: Why Cara Delevingne Said No To Plastic Surgery After Considering A Boob Job

Although the exact date the couple started dating is unknown, given that the reality show was taken before August 2021, we can assume that they've been together for a while.

Amara La Negra started dating Emjay Johnson in April 2019 which, she revealed through her Instagram account. After then, Annie, Emjay's ex-girlfriend, approached them. According to rumors, Emjay was in a live-in relationship with Amara for her money and wealth.

But, after being suspected of cheating, their relationship ended. Negra was suspected of having an affair with Dev, the boyfriend of her friend Brittney Taylor. During an interview with Hollywoodlife, she denied the accusation.

If you keep yourself updated with Amara La Negra's Instagram posts, you know she is now the mother of her twins. Yes, she welcomed two daughters into her life, and she is enjoying every second of her motherhood. One can clearly see that after going through her recent social media uploads.

According to Remezcla, Amara La Negra shared the news with her fans through her Instagram post on April 6. In addition, she also tagged her daughters' Instagram accounts in her caption. Indeed, you can find her newborn babies on social media. She frequently shares pictures of her angels on their Instagram page.

Talking more about Amara La Negra's recently born daughters, we think you guys are curious to know who their dad is? So, coming towards their father, he is now other than Allan Mueses. Yes, the guy who first showed up on the fourth sequel of the VH1 reality show, Love & Hip Hop: Miami. He appeared on the show as Amara's love interest.

You May Also Like To Know: Who is Poppy Delevingne? Why is she Famous? |Details on her Profession & Net Worth

Amara also shared with a magazine that,

"This is the next stage in life, and I think I'm going to be very busy." Further, she says, "I also believe that my girls are bringing this lion out of me! I feel like I need to nurture and protect. That feeling is very new to me and it's so real."

In addition, Amara also added, "I'm a mother, my children are within me." Similarly, she also mentioned, "I have to take that responsibility and be that mother figure/father figure for my girls."

Click To Know: Is Cindy Kimberly Dating in 2022? Learn her Relationship History

So, yes, Amara is raising her babies on her own. Sadly, it seems things between Amara La Negra and Allan Mueses didn't work. With that being said, many of you might be willing to know the name of Amara's twin daughters. Here we go;

According to Essence, Amara shared the names of her newborn kids. She revealed her daughters' names, Sumajested Royalty and Sualteza Empress De Los Santos.