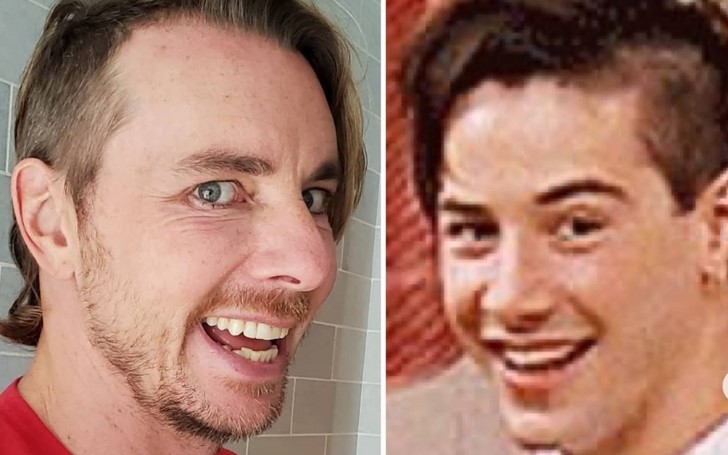 Dax Shepard shaves his head to match his one of the daughters' hairstyle.

Dax Shepard and Kristen Bell's kids have done it again, these kids are the coolest and their parents are cooler. Dax Shepard is sporting a new look and the actor revealed he got the idea from his one of the two daughters.

Dax, who is the father of two lovelies, Delta, 5, and Lincoln, 7, was requested by one the daughters to have a specific haircut a few days ago, and here we go now! Shepard shaved his head.

Also Read: Andy Cohen Is Hoping Dorinda Medley Comes Back to 'RHONY' After a "Pause"

Recently, 'The Ranch' actor took to his Instagram account to post a video where we can she Dax shaving a side of his head. The two minute something long video shows the actor rocking out to the song of Sara Bareilles, "Armor."

Moreover, the actor is seen with his hair clipped back, swept to the side, and Dax slowly begins to buzz the right side of his head.

Following the post, the video is flooded by reaction and flocked by users on the comment sections. Mostly loved what Dax did, Even Sara Bareilles dropped by to compliment.

"This is the best. Thank you for being a kick ass dad for strong women!."

Even Kristen couldn't hold herself from commenting. The Good Place actress wrote,

"love this man so much. He wanted to twin with our daughter."

But fans couldn't see the end result as Dax stopped the video just short of the completion. So, when fans were too eager to see it, the actor took uploaded a picture to show them the outcome.

You May Also Like: Brad Paisley Wishes Happy Birthday to Wife Kimberly Williams-Paisley With a Rather Funny But Also Warm Message