How Karen Clark Sheard Survived the Health Scare in 2001 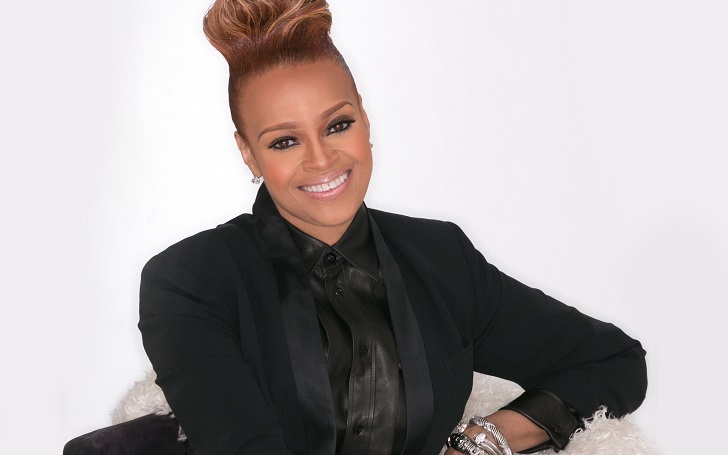 Millionaire Karen Clark Sheard always had that faith in God when she grew up. But it increased even more tremendously when she survived the big health scare no one would like to go through in their life. You never know what trouble befalls a person, and so it did on Karen.

Sheard came down with something during the recovery process of a routine surgery she needed to have for the hernia problem. And it was just before she was supposed to be checked out of the hospital.

Coma for 3.5 Weeks Came with a Shock, But Karen Clark Sheard's Family's Prayers Saved Her in a Week

An internal repair came apart at the last moment and developed a clot in Karen Clark Sheard's lungs, which made it difficult for her to breathe. Another clot also appeared in her leg. She was sent right back to the emergency room. The doctor caught the clot right before it reached the heart and caused a heart attack.

Sheard was treated for it and would be put on a respirator. But she suddenly went into a coma. She stayed in a coma for a week. During the time, her husband, Pastor John Drew Sheard, and her family prayed for her in the hospital chapel. She had a two percent chance of survival, according to the officials.

Recommended: The Multiple Battles Kathy Bates Went Through and Is Still Fighting It

"They sent word out to the Lord and said, 'My wife is sick, please bless us with the Word'," she told Gospel City in 2002. "He went in that Saturday and prayed along with my family and said, 'If you can be a God I can serve, I want you to bring my wife out'."

Karen and John have been married for just over 35 years.
Photo Source: EuroWeb

According to Karen, the doctor went up to her husband the minute he got off his knees and met him at the chapel door. " 'You must come and see. Your wife opened her eyes'," she continued. "He could hardly get himself together when he walked into the room and saw me active. The Lord promised him while he was in the chapel that, 'I will bless you with your wife.' The whole thing is just a testimony."

After the coma, Karen Clark Sheard spent a couple of weeks or so in the hospital. She had to learn how to walk again since she had been bedridden for so long. When she heard that, her real fear came around. She was afraid she was not going to be able to sing anymore.

"I was bedridden for so long that my doctor told me I'd have to go to rehab to learn how to use my limbs again," she told Christianity Today in 2006. "When I heard that, I thought, 'I won't be able to sing anymore. I won't be able to play piano.' The Enemy really tried to attack my mind, slapping me with that thought over and over: 'Wow, it might be over for me'."

Also: Jodi Faeth Overcame Her Lymphoma Battle with the Thought of the Family She Had to Take Care of with Mike Wolfe

According to Sheard, God did the thing. She got the courage to reach the piano and start playing a song. When it came out, it was to be the lyrics for her next album, 'Second Chance.'

It's stating the obvious, but Karen Clark Sheard obviously lost weight when she was in the hospital. But it's not as significant as what her daughter, Kierra Valencia "Kiki" Sheard, went through in her weight loss journey. Although she likes to say it's cosmetic surgery, she had to remove the excess skin from her problems despite directly affecting her significantly.

The mother-daughter duo has won Grammys, each for themselves.
Photo Credit: Royce DeGrie, Getty Images

As for Sheard, after recovering from the hospital, she started getting into seafood. But she was watching her weight as well, so she was eating salads and grilled chicken more often than not. But she was avoiding fries and such that she used to eat before.

The 61-year-old even had a trainer and a nutritionist to help her maintain her weight, substituting "the food I like for the right foods I'm supposed to be eating." She also liked to skate a lot back in the day, even after the illness.

Suggested: Did Corey Haim Really Have a Substance Problem Leading to His Passing?

Since then, Karen has been climbing up that Gospel chart every so often with new albums and even Kierra joining in. And every so often, she would talk about her past, during her health struggle days. She doesn't shy away from it, always "thankful to Him for just allowing me to have another chance to continue my ministry."

Stay tuned and connected to IdolPersona for more stories from your favorite celebrities.