Home / news / Jill Wagner's Daughter Is Here, and She Has the Most Awesome Name

Jill Wagner's Daughter Is Here, and She Has the Most Awesome Name 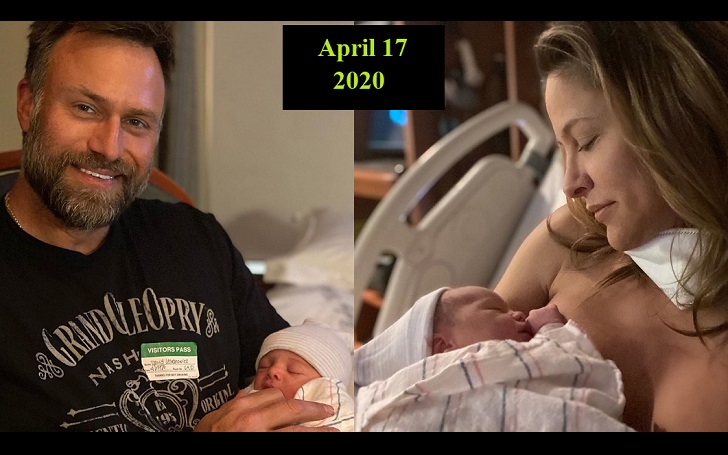 After days of anticipation, Jill Wagner finally welcomed her first daughter at 41 with her husband David Lemanowicz, which also explains her name.

The wait is over, and the day came exactly as they had expected to come. Hallmark Channel's Jill Wagner and husband David Lemanowicz welcomed their first child together, a daughter, at mid-day, April 17, 2020, all normal and healthy. And guess what they named her — Army Gray Lemanowicz. Of course, David's history explains it all, but there's more to it than just that.

For the obvious thing, David, 44, was in the army since just over a decade ago as he fulfilled his dream of traveling the world with the profession, though Jill was not there with him, except that one time they coincidentally met and the rest came out as a movie.

And for another thing, as Jill mentioned, baby Army was conceived on July 4, and they wanted her name to sound patriotic. And the middle name just defines what a girl should grow up to be. And no, the July 4 date was not planned as the news came as a complete surprise for everyone.

"She was conceived on July 4 so we wanted a patriotic name and my husband is in the military so we chose her first name to be Army," the former 'Wipeout' host told People. "We thought that was a good name to honor both. Her middle name is Gray (spelled the American way, with an A) because I have always loved that name. It is strong, intelligent, soft and feminine all in one … which is what I want her to be."

Precaution at its peak during the global pandemic.
Photo Source: Jill Wagner, Instagram

The situation of the moment of giving birth was not an ideal one as everyone had to wear a mask, the aftermath made it all worthwhile as Jill says her relationship with husband David has grown even closer than already before. Seeing him holding Army has created a new spark she never knew she had for him and saw him "in a whole new light". As you might know, their love story showed they were at the peak of their love together. It seems there are some things with no limit at all.

Jill really doesn't know what to expect, but he does.
Photo Source: Jill Wagner, Instagram

"Having to give birth in a mask was not ideal but the silver lining throughout was that it allowed my husband and me to have this one-on-one intimate time with [Army] before we brought her home with no distractions," she continued. "He has been my rock through all of it. The most I have ever been attracted to him was when I saw him hold her for the first time. This has definitely created a bond with us like no other."

As her social media followers [might] know, despite Army being Jill's first child, David also has a 10-year-old daughter, Lija Lemanowicz, from a previous marriage to ex-wife Gina. And Lija's also excited to meet Army. And so is everyone on the farm in Tellico Plains, Tennessee, they live since December 2016.

"Lija is loving being a big sis and all of the dogs are super curious about little Army Gray. I have a feeling Hank the farm dog is going to be super protective over her."

The pregnancy came as a surprise during a trip to the infertility doctor as they were already trying for months before they knew about it. The $4 million worth Jill confirmed the pregnancy in November 2019 as they went on to reveal the baby was going to be a girl in January with a gathering of their friends and family at her home. And there were three baby showers as well.

The pair already had a moniker for the baby before they changed the name to sound patriotic. But David was expecting a boy since he already had a daughter and might've thought Lija would love a little brother. Still, there's no denying the connection with his experience of raising a daughter.

The husband-wife had just celebrated their third wedding anniversary on April 8, 2020, in their home, and it had been a dreadful couple weeks as they even rehearsed the arrival last week. And a even baby calf already came before Army.

Stay tuned and connected to IdolPersona for more celebrity updates.