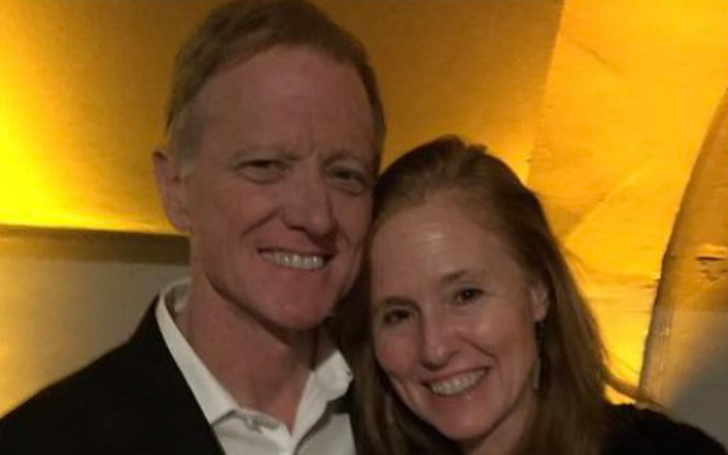 James Redford said goodbye to this world on Friday, 16th October 2020. The filmmaker was known for his works like 'The Big Picture: Rethinking Dyslexia," "Paper Tigers," and many more.

According to the reports, James was fighting his battle with bile-duct cancer. The news of Redford's passing was confirmed by his wife, Kyle Redford.

On the caption, Kyle wrote,

"Jamie died today. We’re heartbroken. He lived a beautiful, impactful life & was loved by many. He will be deeply missed. As his wife of 32 yrs, I’m most grateful for the two spectacular children we raised together. I don’t know what we would’ve done w/o them over the past 2yrs."

"It is with profound sadness that we grieve the loss of James Redford, our Co-Founder, our inspiration, and our friend. With Jamie came love and contagious joy. He approached everything he did with kindness and warmth, and an openness that spread itself easily among others."

"Jamie worked tirelessly to build a healthier world for us all, and particularly for those most in need of support. He always led with his enormous heart and was guided by his curiosity and creative spirit. He was a fierce protector of the natural world and believed that. everyone deserved a healthy environment in which they could thrive and play. As a filmmaker, writer, and activist, Jamie was intentional and inspirational. As a father, husband, brother, son, and friend to so many - he was a devout supporter, always full of hope."

"He will be greatly and intensely missed. The Redford Center extends our deepest sympathy and love to Jamie’s family. We ask that you hold them close in your heart as we move forward in Jamie’s name and walk proudly in his footsteps. Together we will carry forward his big and beautiful legacy. - Jill Tidman, Executive Director."

You May Also Like: Javi Marroquin Seemingly Responds to Ex Kailyn Lowry's Accusation

Even Redford's daughter, Lena Redford, recently took to her Instagram to post a heartfelt tribute to her late father. The actress also shared a collage of family pictures.