Home / lifestyle / Will Christina Aguilera Ever Get Married to Fiancé Matt Rutler? Why Isn't She Rushing at All?

Will Christina Aguilera Ever Get Married to Fiancé Matt Rutler? Why Isn't She Rushing at All? 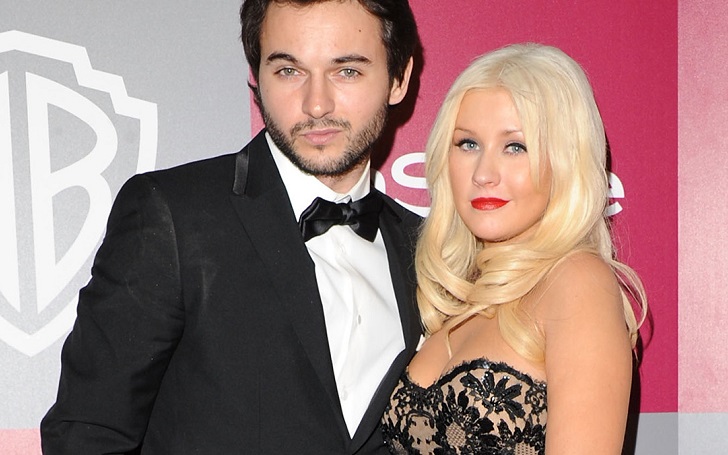 She's no Kardashian, but after many failed (most of them rumored as well, with all respect to her), Christina Aguilera has finally walked the distance with fiancé Matthew Rutler, but there's still one step for her to take with him. Is she ever going to get married?

The notion of a previous unhappy marriage may have been something here, but after being with Matt for such a long time and remaining engaged for almost six years, anyone would expect them to be married by now.

Aguilera was married to Jordan Bratman from 2005 to 2009 before divorcing due to an unhappy life together. She also dated Jorge Santos from 2000 to 2002. She reportedly had a fling with Enrique Iglesias, Carson Daly and Fred Durst at one time or another. But she has one policy that squashes all the rumored ones to be false.

For Eight Years, Christina Aguilera Was with Ex-Husband Jordan Bratman and Had a Son

When Aguilera was 21, she met Jordan Bratman in 2002 and started out as best friends. It grew to be more as she felt "we could share the rest of our lives together." The two then got married in an estimated $2 million celebration in California's Napa Valley on November 19, 2005. In 2008, they were parents to a son Max Bratman.

They were not young and stupid, everything was at the right place at the time.
Photo Credit: Joe Buissink, WireImage

Things were great for them as Jordan became the father she always wanted for a child she would've eventually become a mother to. But when she went away to film 'Burlesque' in the fall of 2009, things went completely around. She discovered she and Jordan were really unhappy together, despite the presence of their bundle of joy.

Aguilera told People after the divorce that she felt completely different when she returned from the filming to be a regular mom and wife again. When away for filming, "she had an independence I’d never felt before" "I was growing leaps and bounds daily. I went from being a girl to a woman," she continued in the interview with People.

The couple did catch up at times after the wedding to be with their son together. This one in 2013.
Photo Source: AKM-GSI

The decision to stay apart wasn't made in a rush. For the sake of Max, they tried working things out several times, but to no avail. Then on October 14, 2010, she heartbreakingly filed for divorce. And for the sake of their son, they decided to still remain under talking terms.

During Filming 'Burlesque', She'd Met Matt and Now Is Engaged to Him & Has a Daughter with Him

Matthew Rutler was the production assistant for the musical, 'Burlesque', when the first met in early 2009. And within a month of opening up about the divorce, she was gushing about the new man in her life. And as is obvious, it was not a fling.

"There is a love there, yes," Aguilera told People in an interview in early December. "I'm dating and it's something I haven't had in a really long time." She also described Rutler as "the kind of person you could spend hours with on the phone talking to and all of a sudden it's daylight."

Recommended: Is Khloé Kardashian Completely Giving Up on Dating & Marriage?

The two got engaged on Valentine's Day 2014 as she had slimmed down better than ever at the time. Aguilera revealed their engagement with a candid photo on Twitter. And August of the same year, they welcomed their first child together, daughter Summer Rain Rutler, while Matt was very much involved in Christina's son, Max's life as well.

Why the Pair Is Pushing the Wedding Date Farther

They may have gotten engaged in the most romantic of days, but there was never a sign of a wedding date in place. But she did reveal in February 2016 that she was in no hurry to get married again. She told Women's Health that despite being engaged for that long, they were still in the early stages of talking about the wedding.

"We discuss it when we're snuggling in bed," she told the publication at the time. "But it's a casual conversation."

Matthew is very engaged in Max's life as well.
Photo Source: Your Next Shoes

Of course, that went without saying because just a year before, in February 2015, she proclaimed how a wedding was not necessary to prove their relationship is true. Plus, she wanted to figure it out when she gets a bucket load of free time, because, at that time, she had her hands full with many, many things.

"Having just moved into a beautiful new home we call 'the Sanctuary,' having a baby, and now being excited to get back to work, I have my hands full and am not in a rush to set a date," the six-time Grammy Award-winner said. "I want to plan it and cherish the moment, while not feeling rushed. So when the schedule is more clear and I can take some downtime again, I can focus on that. Our love is secure enough that we don't need a wedding to prove our love and commitment."

Love can be expressed with many things.
Photo Source: Jason Merritt, Getty Images

And if they will ever have another baby before walking down the aisle is anyone's guess at the moment. "We are enjoying our daughter, our family and our work for now," she continued at the time. "Right now my focus is geared on my work since I stopped the world for Summer last year. So before I think about having any more I want to get back to me first. I do think that's important for all moms."

She Does Want Her Significant Other to Be a Celebrity

Because of this particular reason, all those rumors of Aguilera dating those high-profile celebrities can be considered to be just rumors. Matt is a guitarist and not as huge a celebrity as Christina, so he's safe. And her past confirmed relationships too are not particularly with mega-famous celebrities.

If there's a celebrity in her relationship, it's gotta be only her.
Photo Source: Pinterest

In a cover interview with Cosmopolitan for it's October 2018 issue, she revealed her dating preferences saying, "I've had opportunities, but it isn't my style to date another person in the business. There's gotta be something wrong with you if you want to be in this business. I mean, hi! I definitely have my issues. I think that I can only handle one [celebrity] in the rela­tionship, and I need to be it."

So, yeah, it's unclear as to when she is planning to get married, but she will stand her guard when it comes to celebrities if she'll ever be back to the dating scene. For now, the family she has with Matt is all she needs.