Home / news / Everything to Know About Zara McDermott Weight Loss

Everything to Know About Zara McDermott Weight Loss 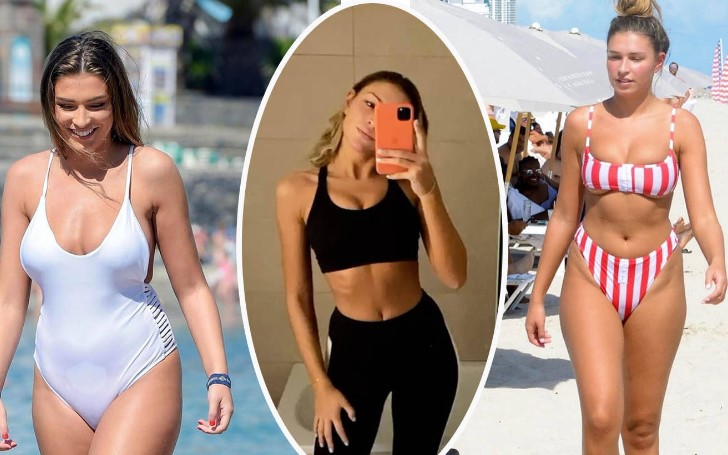 Here's what you should know about Zara McDermott's weight loss in 2020.

Zara McDermott is an English television personality who is known for her stint on a British dating reality show, "Love Island." Zara entered the villa on Day 15 and was dumped from the island on Day 25.

Despite her short stint on the reality dating show, McDermott managed to gain massive popularity through the show.

Prior to making her appearance on 'Love Island,' Zara used to serve as a government advisor. Following her times on the dating show, she managed her stardom and turned heads when she walked alongside Ellie Brown.

Moreover, Zara managed to win people's hearts when some of them started to compare her with the glamour model Kelly Brook.

Well, we suppose you already know more about her as a television personality as Zara often makes news with her activities. Recently, McDermott made the news with her impressive weight loss. Let's find out more about it.

The television personality, Zara McDermott, talked about her recent weight loss. She revealed she lost two stones on a strict diet and exercise regime.

Also See: Did Nicole Richie Undergo a Weight Loss? Why Is Everyone Talking About It?

The change is evident; Zara looks utterly different from what she used to look the first time she made her television appearance. Following her stint on the show, she revealed she embarked on the weight loss journey.

How Did Zara McDermott Lose Weight?

Zara McDermott before and After her weight loss. She lost two stones in 2018.
Photo Source: Daily Mail

Back in 2018, Zara McDermott revealed she used to go to the gym up to four times a week and was on a strict diet. She added she starved herself and survived on just a small bag of carrots.

"I remember one day, my friends had noticed how my weight had dropped and that I had skipped meals. They took me to Tesco and begged me to pick something to eat. hey encouraged me to go for a protein shake or something nutritious, but I opted for a small bag of carrots."

Well, that was back in 2018, but in 2020, she has done it again. But this time, Zara stressed she has done it differently. Instead of going on a strict diet, she opted for a protein diet and also revealed she wants to build muscle.

"I thought I’d do a post about my weight loss. Every time I post about weight loss I get people attacking me, saying it’s harmful and damaging. However, the last two images of me were of a girl who ate ANYTHING and EVERYTHING she wanted."

"Who rarely exercised. That is not healthy or good for anyone! I never worried about my body, I never thought I was fat, I was content. It was never a mental thing and was never affecting my mental health. I was happy with who I was."

"However, one day I woke up and I thought, I’m not being healthy! I’m not eating my 5 a day, I’m not monitoring what I’m putting in my body at all!"

You May Also Like: Selena Gomez Weight Loss - How Many Pounds Did She Lose?